Complexity explained. A take on large issues from different perspectives. 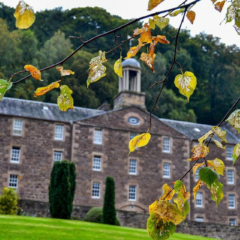 The heritage and tourism industry has suffered in numerous ways due to the Covid pandemic currently prevalent in our world. When we think about the relationship between heritage sites and consumers who are eager to explore history and heritage, this has naturally been subject to change during these challenging times. Ensuring that collections, artefacts and displays are appreciated, and that the heritage is valued by the visitor is key for a successful visitor experience (Wallace, 2017, p. 3) and this coupled with the new safety precautions, is what all heritage sites are attempting to balance. As a researcher, I have visited different heritage sites and experienced how they have adapted to the current circumstances where social distancing, improved hygiene practices and safety precautions have been put in place. One heritage site of note is New Lanark, where I have also had the privilege of working for the past year on a part-time basis. Awarded World Heritage Site (WHS) status in 2001, New Lanark celebrates the industrial history of Scotland through a Visitor Attraction Centre and various other tourist facilities such as a hotel, café and shop. It can be found alongside the River Clyde, between Glasgow and Edinburgh. The purposes of this WHS are summarised below (New Lanark, 2020): Conserve the site’s heritage, site and environs, Contribute socially and economically to the area, Evolve to stay relevant to our people and the world. As the Covid pandemic has swept through the country, New Lanark has attempted to balance the consumer needs and wants with government restrictions and guidelines to ensure a safe, enjoyable and informative visit to the site. Arguably, this is in keeping with the above purposes of the site. With the visitor experience already being widely recognised in literature as a ‘multidimensional and complex’ learning environment with varying perspectives (Packer and Ballantyne, 2016, p. 129), adding necessary safety precautions into the mix has created many challenges which have required urgent solutions. Using online platforms such as social media to further promote heritage and history has enabled New Lanark to reach various target audiences and promote the visibility of the site. A new socially-distanced exhibition entitled ‘A Tenement Through Time’ has also been opened to the public, where the consumer can learn how people lived through their words, lives and wallpapers. Despite these successful promotions of history and heritage, New Lanark has been unable to fully open its doors to tourists which is sadly the reality for a great number of heritage sites. Thus, we ask ourselves… How long can this be sustained? The temptation to think negatively of such circumstances is to be expected but perhaps when... 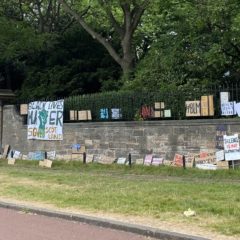 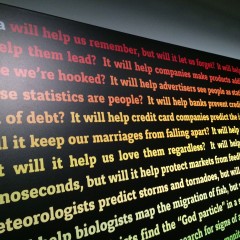 Big Data, Big Issues: The Internet and the Perils of Progress

How can we continue to celebrate the opportunities the internet offers without becoming subservient to the increasingly centralised forces that govern it? 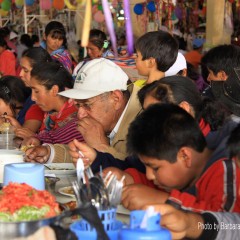 Posted By Ruth Jahn on Mar 1, 2016 in featured, The Analysis

Posted By Barbara Ilse Petzold Horna on Mar 1, 2016 in featured, The Analysis

Beggars not wanted: a chronology of the exclusion of ‘poverty immigrants’ in Munich

On 20th of August 2014, the city of Munich enacted a ban on begging in its downtown area with the intention of tackling so-called ‘forced begging’. The ban is, however, primarily targeting and outlawing so-called ‘poverty immigrants’ from Romania and Bulgaria. What kind of exclusionist logics are underlying this ban?