Doing research in Kassel, a middle-sized city in the very middle of Germany, I quickly became pulled into an urban oak wood that has a rich history and some time ago was turned into a nature conservation area – the “Eichwald” (literally “oak wood”). Its history is well documented by a local initiative called “Erinnerungen im Netz” (engl: memories online, translation CL). Local residents remember playing in the wood as children, drinking coffee at the “Eichwaldrestaurant” – a popular destination for day trippers – and much more. Humans have long used the Eichwald in their everyday lives and it plays a vital role in individual and collective memories. “After all, the wood is for the people, isn’t it?” one interview partner claims as he shows me where the playground once was. Standing there in 2019 we see fallen leaves showing through shrubs and ivy on the ground. The wood is full of scions growing up between dead oaks and beeches. Both the summers of 2018 and 2019 have been unusually dry – many healthy trees died throughout Germany. For woods to cope better with hot and dry summers, which are very likely to appear more often in Germany under climate change, they need to be diverse. Biodiversity is key to render forests resilient to climate change. Governing a wood – from an imperial park to a nature conservation area It had always been a tidy wood – until 2013. In the 18th century landgrave Wilhelm VIII had installed a pheasantry and an alley framed by oaks. The pheasantry, like all buildings in the Eichwald, does not exist anymore. Still everyone of my interview partners referred to it and pointed to the places where they remembered it. While oaks are not necessarily common in North Hesse (most woods are dominated by beeches) they have been in wide use in German parks for centuries, a circumstance that brings us to the hermit beetle (Osmoderma eremita), an endangered species under special protection, which lives in old oaks (preferably 200 years or more of age). Osmoderma eremita is basically the reason I was drawn to do research in that wood, because a conflict arose between the local forest authority, the city administration and the citizens from the area after the Eichwald was turned into an area of nature conservation in 2013. The beetle gained a protected area to live but some people feel they lost an area that has been so vital throughout their lives. Who is the wood for? The Eichwald is supposed to develop into a “virgin forest” and be a biodiverse habitat for the endangered hermit beetle and other species.... 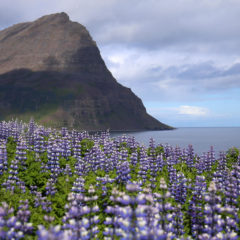