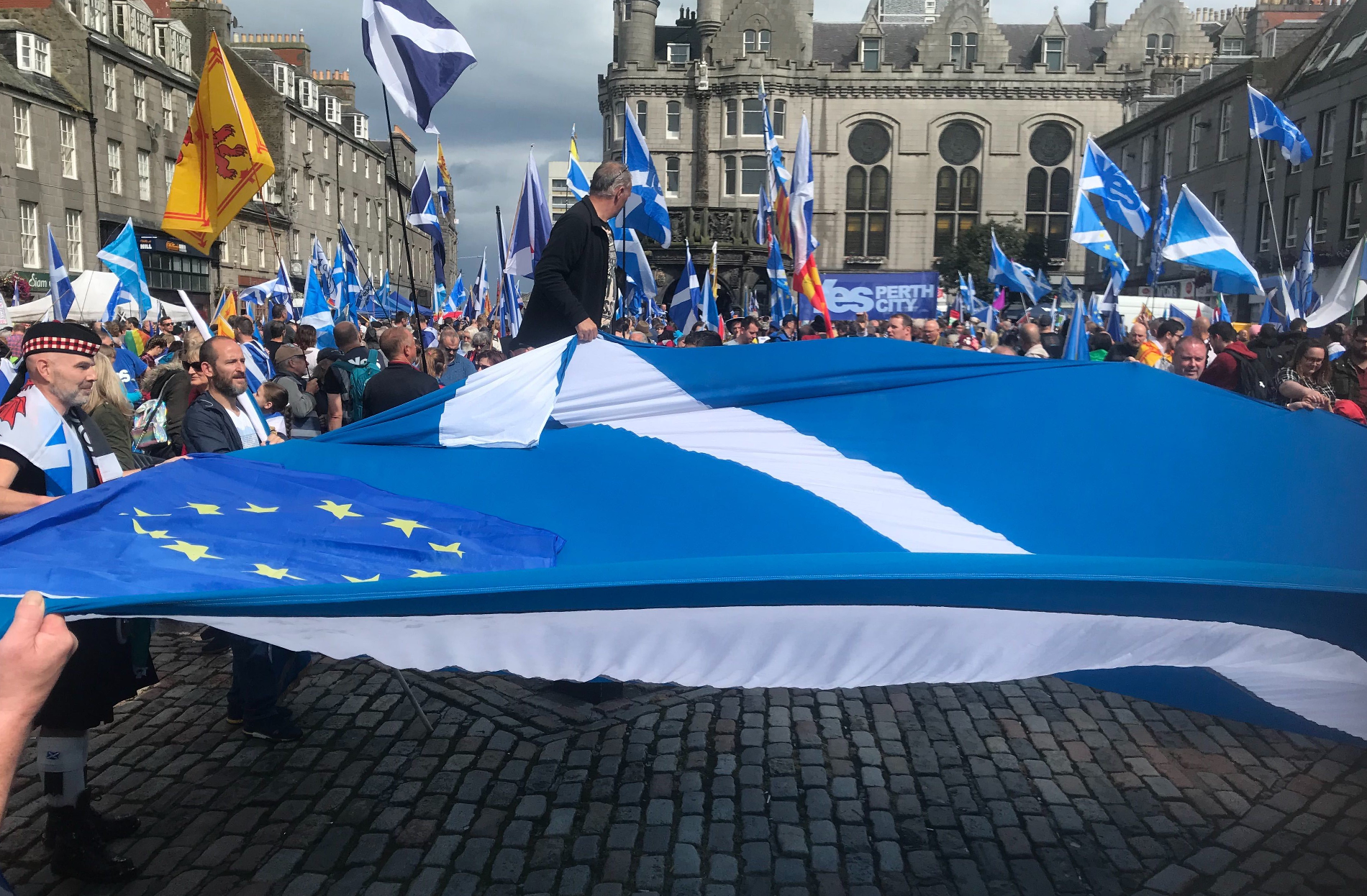 “You are not going to agree with this, but I voted leave.” A participant in my research told me this early on in an interview. I had not shared with her my personal opinion on the EU, but from my accent (which does not sound Scottish) she discerned I was from continental Europe and decided […]

“You are not going to agree with this, but I voted leave.” A participant in my research told me this early on in an interview. I had not shared with her my personal opinion on the EU, but from my accent (which does not sound Scottish) she discerned I was from continental Europe and decided that I probably did not agree with Brexit. During interviews I am not trying to find out how the interviewee voted in the EU referendum, but it is a difficult topic to avoid when discussing Europe.

In the past six years, the Scottish people have taken part in two divisive referendums. In 2014 they were asked whether Scotland should become an independent state (55% chose to remain part of the UK) and in 2016 they were asked whether the UK should remain a member of the EU (in Scotland, 62% chose to remain part of the EU). Both referendums left a significant mark on the current political landscape in Scotland. My research focusses on the personal dimension of this: how do Scottish people, in particular supporters of Scottish independence, identify with Europe and what does the concept of Europe mean to them. To do this, it is important for me to get beyond the results of the referendums in my fieldwork, but this is not always straightforward.

The problem with discussing politics in Scotland today is that opinions are immediately pigeonholed into the answers of the referendums: participants in my research often identify themselves (and others) first as yes/no or remain/leave. It is of course uncommon that reality is as binary as that: it is a messy and personal calculation of values, beliefs, influences and experiences. Participants are hardly ever completely yes or remain without a conditional but. To get a result which is valuable for my research, I aim to break through the referendum replies as early as possible in the interviews and uncover what is hidden below.

Placing myself in the field

At the same time as providing us with an opportunity to research beyond the suggested binaries of the referendums, ethnographic fieldwork forces the researcher to reflect on his/her own connection to the communities being researched. In my case, that reflection starts by asking and being asked where I fit on the yes/no, leave/remain spectrum.

I have experimented with sharing my own opinions on these matters and keeping them to myself during fieldwork. Sharing my stance can have different effects: if it is in agreement with the participant, the interview feels more at ease, resulting in a form of ‘safe space’ which can be highly beneficial for the results. On the other hand, disagreement can lead to a more tense interview with defensive arguments. Although perhaps not as comfortable, these defensive arguments can also be a useful contribution to the research. Both scenarios involve me being judged by the participants and have an inevitable influence on the interview. But not sharing my opinion at all is also difficult, as it creates an interview with a clear interviewer (who is neutral) and an interviewee (who has opinion, which forms the centre of the interview). This feels less natural, as neutrality is rare in the current political landscape.

I prefer taking a (natural) honest approach instead of an (artificial) neutral approach, I believe it brings me closer to achieving the final aim of the interview: to create an atmosphere whereby all participants feel they can share their opinions openly and can be respected for them. If achieved, this has allowed me to move the interview beyond the inevitable referendum results.