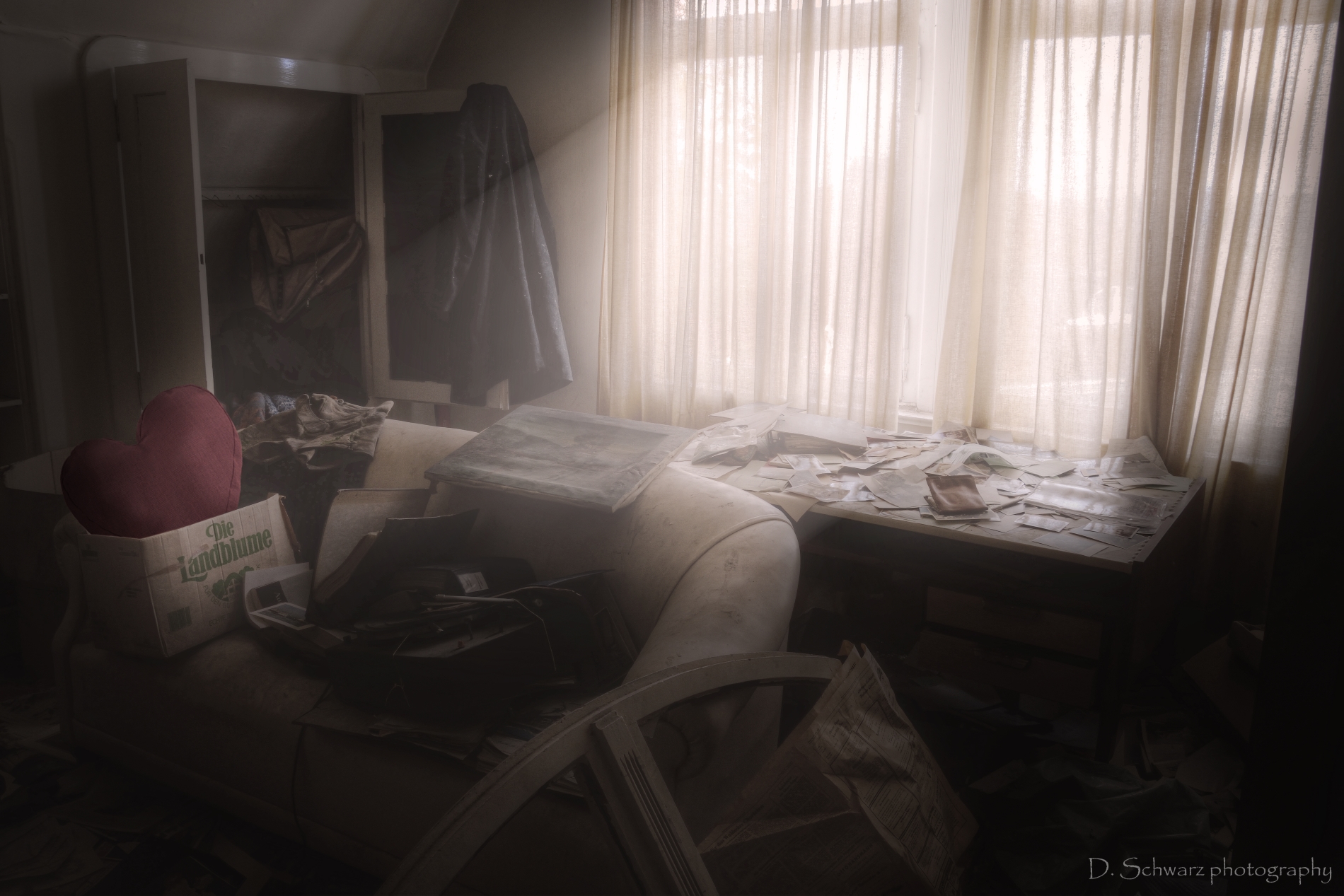 Chronicle of a satisfaction foretold

Academic research seems to be neo-liberally recycled from one conference to the next, or from one publication to the other, just to produce X papers per year. But how many times can one be innovative, original, and radical over the course of a career? A story about finding (and possibly losing) a true love: anthropology.

When I was 18 I went to study economics. But I didn’t last long, mainly because I didn’t find what we were doing there important. It was somewhat interesting, but too much like a joke I once heard about statistics: they are like bikinis, you get the overall idea, but can’t see the essentials.

Benjamin Kunkel’s review of the influential Capital in the Twenty-First Century by Thomas Piketty provides an explanation of my dissatisfaction with the discipline that has always eluded me:

“The story of modern economic thought can after all be told as the shift from political economy–a space with open borders onto what are today anthropology, sociology, history and political science–to the discipline now [simplified and] simply called economics.”

I had applied for a degree in Economic Policies because I was interested in political economy. As Kunkel rightly observes, economies cannot be explained exclusively in economic terms, and the discrete charm of Piketty’s book lies within the rehabilitation of an out of favour school of thought: that of the political economy.

From political economy to economics…

In the 1870s, a revolution took place with Jevons’ theory of marginal utility, and political economy merged into what is now known as economics–the simplified scientificised discipline, better delimited from a methodological point of view than its older relative, but much, much narrower. There is no better explanation for Jevon’s marginality than the oft-used example of diamonds: they are more expensive than water because the anticipated satisfaction for a unit of diamonds is bigger than that attached to a unit of water. It is this added value, with every (marginal) unit consumed, this satisfaction foretold, that establishes the price of a good. If only the marginal revolution were what it seemed–talking about the marginalised–I would have probably been profoundly touched and stayed within the economics closet, as deep down inside I have always supported the underdog.

Marginalists did dominate economics departments until recently, with their “childish passion for maths”, as Piketty endearingly calls it, an easy way of obtaining scientific appearances without having to answer the more intricate/complex questions of the world. But it was these profound concerns that I sought to understand more about; and throughout the first two years of studying economics I was living with a daily frustration that nobody was training me adequately to manage them.

So I ran away, as far and as fast as I could; I took the first ticket out in the shape of an exchange scholarship to a “Southern”, “exotic” country, hoping that the school of life would help more than the school of economics. I followed the curriculum of the exchange, while my eyes were wide open to my own cultural presence. Then it just happened, as always in my life so far, I met some inspiring architects/urbanists who were working with anthropologists.

…to the magic of anthropology!

I had heard vaguely of anthropology from a family friend when I was about thirteen. She had gone back to university and took, among other things, a cultural anthropology course, which she described to me as the most interesting thing she had ever studied. Her final paper was based on observations of the revolving door at the entrance of the university building hosting her class. I can’t quite remember what I made of it at the time, but something clicked, it all sounded so… right. So when I heard that my new urbanist/anthropologist friends were working together on a development site in a remote village, I did everything I could to join them.

“It was an epiphany. I had discovered the key to finally understanding the world.”

When I returned home I reluctantly finished my BA in economics while devouring any anthropological text I could get my hands on. The summer I was done with economics, I embarked on a Masters in anthropology and community development and never looked back. To be honest, they just accepted me; for the following years, whenever I was reminded of my economics background, my tutor would console me with a half-affectionate, half-ironic “nobody’s perfect”. But anthropology was. It opened up a whole new world for me.

I still think anthropology should be a compulsory subject in secondary school and its all too brief appearance on the A-level curriculum should be extended. And this is not because of the shy hype it got with Yong Kim, an anthropologist, becoming the President of the World Bank, or Ashraf Ghani, another anthropologist, becoming the President of Afghanistan. It is because, at least when you first encounter this discipline, it has the incredible power of opening your mind, your world.

“Anthropology kept throwing at me nuanced views alongside my diverse academic affiliations, which took me West and then back East and farther East again.”

But fifteen years after my first fieldwork, that initial infinite horizon has become so narrow that I find myself cornered. The language we use is so tight that I do not believe in anthropology any more, neither as a destination, nor as the absolute salvation, the way and the truth and the life.

A discipline under neoliberal siege

So why did my mind-opening experience of anthropology end? Partly because of the way academia has evolved under neoliberal pressure, a subject of much wailing and gnashing of teeth in academic press and blogs (my colleague David Berliner‘s post is the best recent example I can think of).

“Are we really so completely powerless in the face of neoliberalism? I hope not. That would contradict the ever-repeated (neoliberal, after all) point by anthropologists that no one is entirely powerless and everyone has some amount of agency.”

Also, it would be quite arduous for anthropology to become, regardless of the pressure, some marginal theory based on mathematical models, even though it is exceptionally interested in the marginal. But the perverted ways of quantifying work that have invaded the cloisters of our great centres of knowledge under the all-encompassing culture of accountability are only about Jevon’s marginality. Numbers of published papers, numbers of other people quoting the respective papers in other papers, numbers, numbers, numbers, of keywords and shiny words and sexy words: all serve to justify “added value” of research.

The myths of the academic game

To some extent things have always been like this; the academic world has had to fold itself in the intricate textiles of the various fashions which dress the social needs of the moment–the acute problems of contemporary real realities; and it is these that eventually decide who gets the lion’s share of funding. Nevertheless, over the last three decades excessive quantification of thought has brought such repetitive results. It is frustrating to see how ideas are recycled from one conference to the next, from one publication to the next–the natural result of authors confronted with obligations to produce X papers per year. But how many times a year can one be innovative, original or radical? Frankly, how many times is someone innovative, original, and radical over the course of a career?

The sad fact is that originality, innovation or radicalism are not really the ends of the academic game, despite much posturing to the contrary. Conformity is the most assured route to academic survival, not originality, a fact that neoliberal quantification is only intensifying. The rapid publication rates ensure mediocrity. And this applies to any academic discipline, not just anthropology. But my supreme sadness is that, in the quest for survival, the giga-literature we enslave ourselves to produce and read condemns us to produce neurotically niched research, violently unimportant. The initial mind-opening potential of anthropology has closed in on me like the horizon disappearing to a single point.

Has neoliberalism forced anthropology to over-specialise and cleave too closely to the demands of its funding sources? Or, did the anthropologists themselves narrow their spheres of inquiry, and with it their sense of wonder? Probably both. James G. Carrier sums up this conundrum:

Which brings us back to economics and my matching lack of satisfaction and loss of enthusiasm, as an indication of the limited powers to explain the world’s dilemmas. Constantly improving our power of articulation about the world “out there” should be the exciting thing about being in the academy.

I am no longer excited. Exhausted of forever running marathons of literature generated bulimically for the production of excellence. Almost always doing something else than what has to be done, which is answering those intricate questions about the world. No longer doing economics butacademonomics: ordered work which imposes a systematic distortion of meaning, value and final purpose.

But I’m still looking for that satisfaction foretold. Or the next inspiring architect.

Picture called “I love you she said…” by TheGuyCalledDennis (Flickr, CC BY 2.0).

I am a scientific associate at the Laboratoire d’anthropologie des mondes contemporains, a research centre of the Université Libre de Bruxelles, having been a Postdoctoral Fellow at Leeds Beckett University and at the Institute of Asia-Pacific Studies at Waseda University, Tokyo.