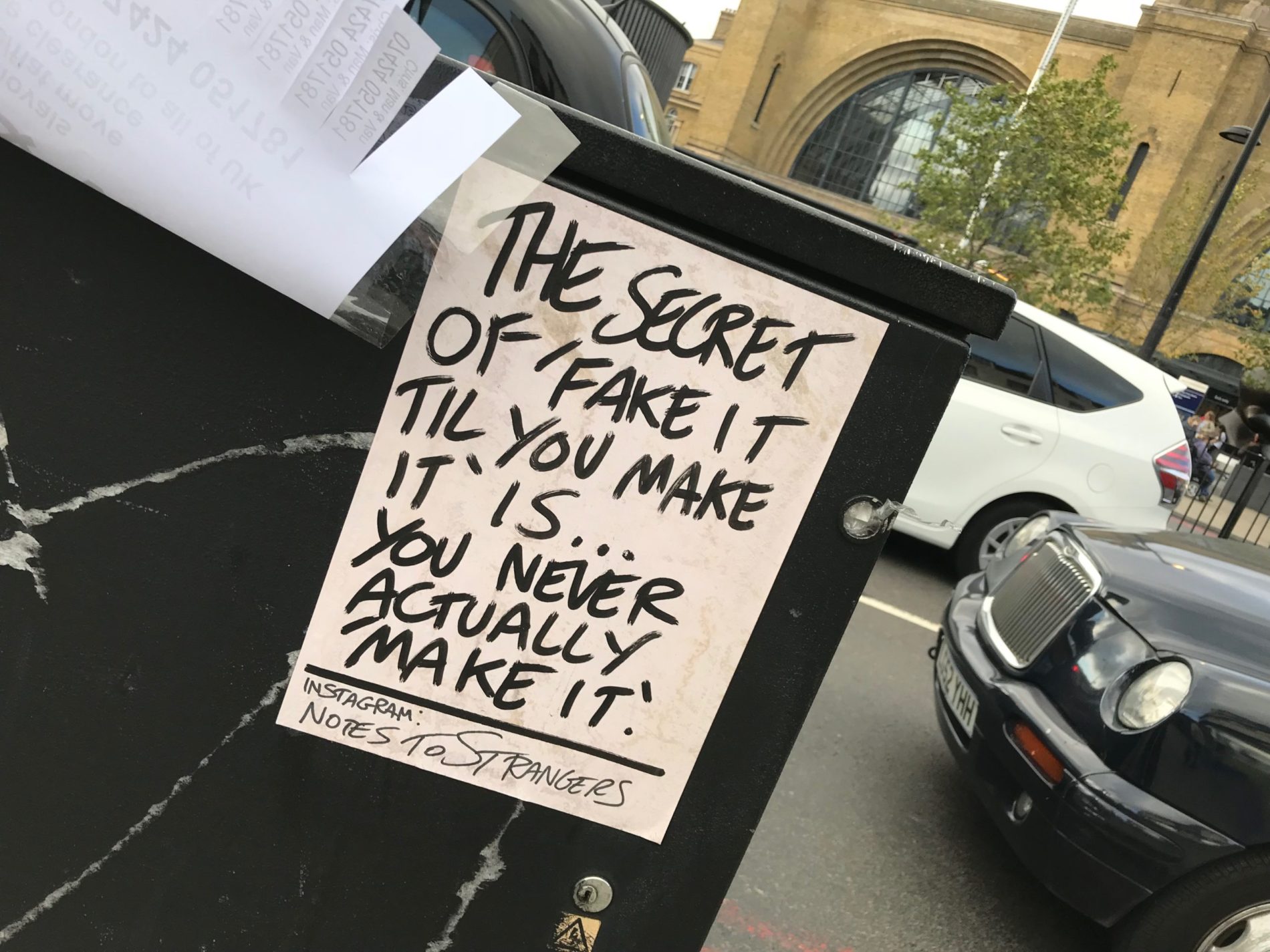 It is the summer of 2020, the pandemic forces us to spend even more time online, which includes a mandatory workshop all the new pre-docs at my university attend. We do some group work and present it via screen share. There is one guy presenting, who makes us all hold our breath for a few, endless seconds. Not thinking about his shared screen, he switches to a private chat to write “such bullshit”.

I do not know if our instructor that day just ignored what happened or really did not see it, but he continued to praise the good work and the convincing presentation of that group, although not even the presenter himself was convinced of what he just said. But he performed it well enough to at least appear to know what he was doing. And truth be told, the rest of us did exactly the same.

Some months before – the year was still quite new, Covid was far away, and I was able to do F2F-Interviews for my research. Sitting on a couch, asking the important questions.

What about faking orgasms?

Lisa: Haha. Yeah, sure. I did that. Haha. [Yes?] Yeah, I’ve done that. I think that was in a time where I wasn’t sure with what I wanted or not and just, ok – I don’t care, I doesn’t get me anything. So that I at least was faking that I liked it. But I think I still ended it, after that, and focused on the other person. Because I probably realised that its bullshit to fake that I like it when its actually really crappy. That doesn’t help anyone.1

Can you imagine that women are faking orgasms?

Martin: YES! Of course. It would be interesting, if someone has done that with me. I don’t think so. But I guess that’s what all men think because their idiots. [We are laughing] But, I do think that women do that, probably because they don’t want to insult the men. When men want to get them to orgasm or have the idea that they can make every woman or have to make every woman come and so on. Then I can imagine that they just fake it at some point to satisfy the men.2

„We’re bombarded with media images of ‘sexy’ women whose role is to attract and please men. […] It places women’s emphasis on how they look rather than on how they feel. […] A logical consequence of this is that some women gauge how good a sexual encounter is by their partner’s pleasure rather than their own (i.e., ‘If it was good for him, it was good for me’).”3

True story. That’s more or less what the most women I interviewed told me. But, what is this all about and how is it related to the bullshit I began with? It is all about performance. Or as Martin put it “it’s all show, you’re faking it for the other person?!” It is about satisfying the notions on how to perform to reach the peak or a least to fake that we already did. Every so often one causes the other, but most of the time it doesn’t.

Of course, we all learned more than faking knowledge (or orgasms or knowledge about orgasms), but sometimes there isn’t time for diving deep into something and for real understanding. Sometimes you just want to get it over with, pull out your performance skills and get a full night of sleep.

People struggle with the notions about how to perform (during) sex, with the expectations they place on themselves and others, but never really express. And in academia we often struggle, or at least I do, with the feeling that we don’t really know anything. We see people getting praised for performing as they were the sole experts, even though we know and they know they aren’t, so we do the same. But “that doesn’t help anyone”, because it’s frustrating to feel the need to fake a performance rather than take the time to actually do better or to talk about how we could reach the peak without faking anything.

We should talk more about the struggles.

PhD student and University Assistant at the Department of Cultural Anthropology and European Ethnology of the University of Graz. My research focus on current discourses on sexuality and how people deal with these.
When I’m not talking/writing/reading about sex, I’m probably hiking up some mountain with my dogs.