Re-cultivating the lands of their ancestors 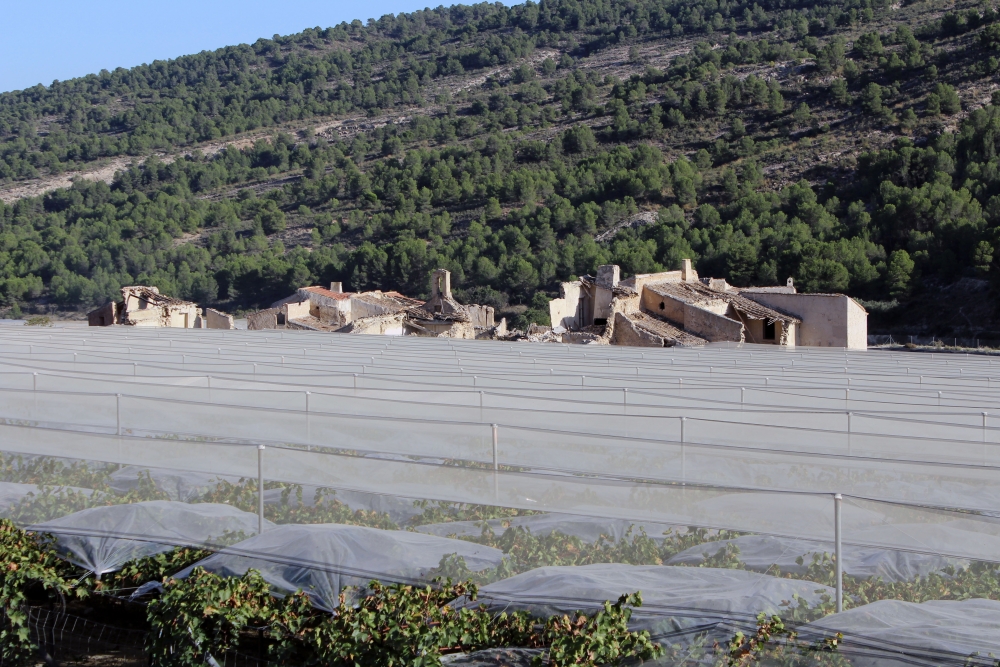 This picture shows how European self-employed farmers have successfully adapted their life-modes to the changing circumstances of the 21th Century’s global market.

Located in the Southeast of Spain, where a new generation of farmers cultivate table grapes for Europe, ruins of a long abandoned village appear behind the plastic alleys of today’s modern production structures. As silent memories, these ruins remind us of the disappearing of an old peasant life-mode, which barely lingers on in some remote villages of what we might call the “old continent”. Over the last decades, this form of agricultural production has effectively been substituted by big-scale food fabrication where national and global commercial producers try to obtain their hegemony over other small-scale local modes of production.

Many scientists from various disciplines have predicted the imminent end of what we call the  “simple commodity production” in European agriculture. Since the 19th century, the expansion of large agricultural holdings and the incorporation of new forms of capitalist labour initially seemed to proove them right. Today, the professionalization of agriculture, the constant rise in the price of fuels and plant protection products, and the common EU-policy make it even more difficult for small independent farmers to survive.

Nevertheless, and in spite of all these predictions and difficulties, my anthropological research suggests that European self-employed farmers are reluctant to abandon their life-modes. Like small fisheries, or other family businesses, self-employed farmers fight back against their own extinction, adopting new strategies for survival that allow them to maintain their independence while, at the same time, defending their social structure, economic culture, and political recognition. For example: they have initiated different ways of production and forms of marketing, which allow them to compete with globally operating companies, or cooperate with other self-employed farmers to create cooperative associations.

From this perspective, the ruins pictured above tell us another story: they are not only witnesses of the past, but also evidence of the changing agricultural life-modes today. Presumed dead, but now coexisting with the seemingly all-powerful capitalist mode of production, European self-employed farmers near the city of Murcia show how simple commodity production can survive, while also keeping their characteristic life-mode in a changing and challenging economic context. The grandsons and granddaughters are now re-cultivating the lands of their ancestors, but within a different globalized world.

I am a post doctoral student in philosophy and a teacher of social anthropology at the University of Murcia (Spain). My fields of research are the contemporary biopolitics of Spain, the transformations of European societies and economic anthropology.