The digital prophets of Israel

An Israeli web series featuring monologues of activists sparks debate beyond the Jewish-Palestinian binary. It shows the power of new media for effective anthropological interventions, but also the intensity of the controversies such visibility often entails.

At a time when the words “Israel” and “Anthropology” are constantly attached to “boycott,” “occupation,” or “war,” it is very easy to fall into simplistic or generalised perspectives on this fascinating strip of land. In these times it is crucial to seek out the complex, the particular and the unspoken.

One example of an often overlooked perspective is that of Mizrahi (Eastern) Jews. The activists interviewed in the Youtube series “Neviim” (meaning “Prophets” in Hebrew) come from Moroccan, Tunisian, Egyptian, Yemenite, Iranian,  Iraqi and Kazakhstani backgrounds but they are all Jewish-Israeli. What does this unique position entail?

While the Israeli/Palestinian conflict is often divided into a West versus East conflict by journalists, researchers and politicians worldwide, over 50 percent of Israel’s Jewish residents actually descend from Arab and Muslim lands. These ancient ethnic groups are indigenous to the Middle-Eastern/North African region which used to be an open, dynamic and multicultural space. Moreover, they also suffered from discrimination, racism and displacement by the State of Israel, which was dominated by Ashkenazi Jews (Jews of European origin). Until today, although there have been many improvements, Mizrahim are still misrepresented and discriminated against by political, educational and cultural institutions in allocation of funds, access to positions of power and ownership of lands.

My claim is that the Mizrahi experience actually holds the key for breaking walls and building bridges between various groups in Israeli society.

Perhaps the most interesting thing about Eastern/Mizrahi Jews is their strong lingual, historical and cultural bonds to Arabs and therefore Palestinians. Some scholars such as Yehouda Shenhav and Ella Shohat went as far as to name them “Arab Jews”. I see the diverse group of Middle Eastern Jews as distinct from Arabs in histories, religions and ethnicity, but I am equally aware of the links they share after cohabiting this region for over 2000 years. It is this belief, coupled with my own Jewish-Moroccan origin, that led me to create a Web-Series combining ethnographic interviews, visual storytelling and sociological debate.

The series was “aired” at a time when the Mizrahi discourse was breaking out of its Academic boundaries and gained much Media attention. This flourishing of the Mizrahi story was led by ground-breaking initiatives, such as “Ars-Poetica”, a Mizrahi poetry group founded by Adi Keisar and “Tor Hazahav”, a new socio-political movement dedicated to Mizrahi issues.

“Neviim” (“Prophets”) is a web-series I co-created, co-edited and co-filmed with Yossi Brauman, a scriptwriter, journalist and filmmaker. It is comprised of ten 5-8 minute monologues by Mizrahi activists, who share their world views and discuss issues of history, culture, identity and struggle. The series became known for its dynamic and rhythmic editing, combining speech and music in a “spoken-word” style. We portray each speaker in his/her own urban surrounding. The soundtrack features instrumental Arabic hip-hop, which is suitable to the subject of social struggle and the deep connection some Mizrahi Jews feel to the Middle East and its cultural space.

The title (Neviim) was inspired by biblical prophets such as Jeremiah, Hosea and Isaiah, who operated in the same geographical terrain, passionately speaking up against social injustice, idol-worship, corruption and war. These prophets, who still carry great meaning in Jewish culture, were both poets and fighters, intellectuals and activists, and these were the qualities we were looking for when casting for our web-series.

By designing the series for digital platforms such as Facebook and YouTube, we facilitated the viral distribution of the messages, ideas and knowledge each episode offers. The videos are short and communicative; they have been shared by thousands of people in their own social media profiles and encourage open debates, arguments and story-sharing in the comments of each episode. One particular episode gave a green light for dozens of people to share their most painful and unspoken family secret. I will now elaborate on this episode and the reactions it awoke, as a key example of the kind of debate the series sparked in Israeli social networking sites.

Our seventh episode, featuring a brilliant social activist named Naama Katiee, deals with the most sensitive and controversial issue of the Mizrahi story- the Yemenite Children Affair.

During the first years of Israel, especially between 1948 and 1954, it is claimed that hundreds of toddlers, mostly of Yemenite-Jewish origin, but also from North African, Balkan and even Eastern European families, were taken away from their parents and sold to European Jewish families for adoption. The Israeli authorities told the biological parents that their children passed away, but no death certificate or grave was in sight. The families kept looking for their children for many years, often dismissed as delusional or conspirative by police, state committees and mainstream media. Similar affairs occurred in Australia, Brazil and the United Kingdom.

In her monologue, Naama tells us the shocking story of the kidnapping of Mizrahi Yemenite children from her unique feminist perspective. She frames the tragedy not only as a “white-against-black“ crime, but as a crime of women against women. In her opinion, many Yemenite mothers lost their trust in Jewish-European women who served as nurses, social workers and bureaucratic officials during the kidnapping. Moreover, Naama links the affair to the wider question of whether feminism fails to spread outside Euro-America because it often imposes socio-cultural values that are irrelevant and even harmful in a non-Western context. 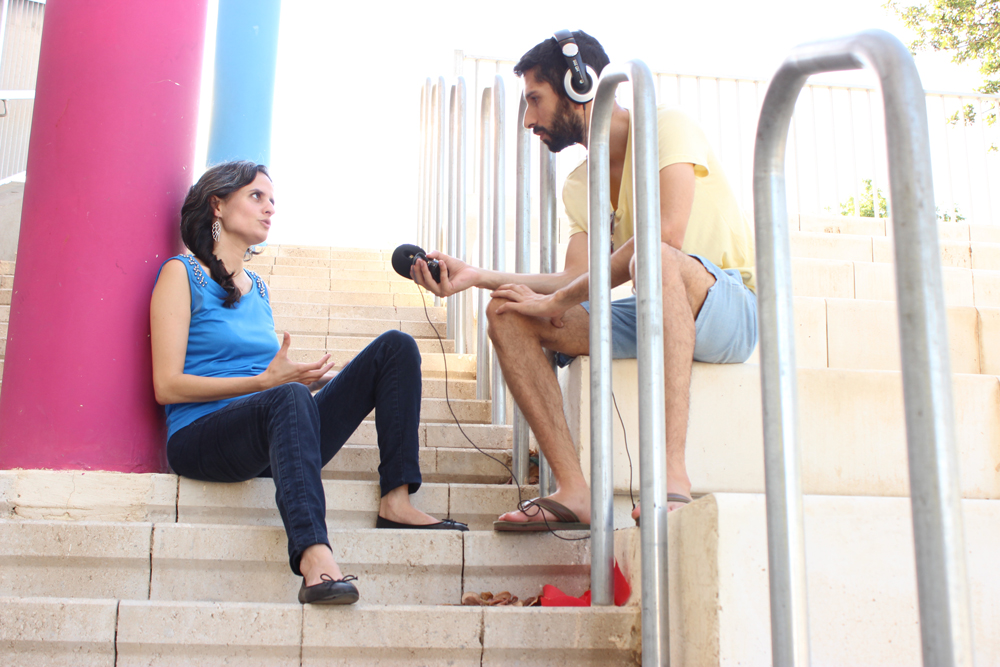 The power of new media

This unique episode with Naama Katiee encouraged dozens of people to share their stories of loss and of the ongoing search for lost sons, daughters, brothers and sisters. Personal stories were posted as comments or sent as private messages, and later collected by members of the “Amram Organisation”, which seeks to re-open this painful affair and renew the struggle for finding the lost children by building an archive of witness-stories.

I believe that the power of anthropology and its ability to make a positive change lies primarily in documenting stories, interviews and ethnographic insights, and in making them visible to the public. By stepping out of the traditional academic formats of book chapters and journal articles, and of shallow representations of Israel in general and in anthropological discourse, we can add colors, voices and depth to the cultural issues we seek to address. Moreover, we expand our exposure and reach wider audiences which can benefit from our work. Ethnographic photography and video making is nothing new, but being in-tune with social media sites and current digital formats is of great value to both the researcher and the community.

I am an anthropologist and multimedia journalist focusing on digital technologies and family studies. I am a graduate of UCL’s Digital Anthropology Masters program and currently a Phd candidate in Tel Aviv University. My PhD research takes place in urban Ghana and examines issues of privacy and culture as reflected in family-houses and social media.