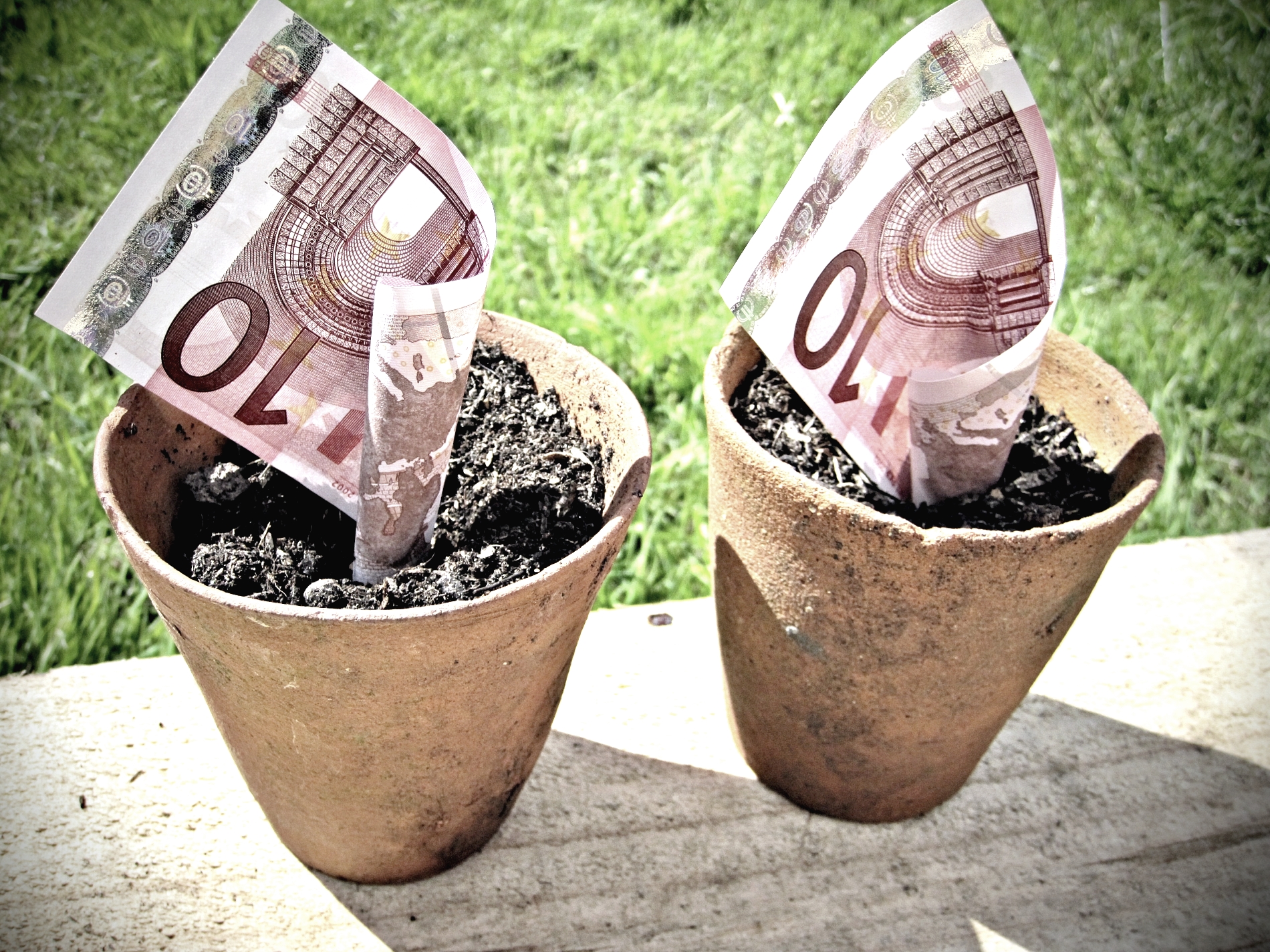 Who is the social entrepreneur?

A new entrepreneurial figure is making its presence felt in Germany unifying two apparent opposites: economic and social activity. So-called “social entrepreneurs” do not focus on profit margins alone, but instead seek to address the social and ecological challenges of our times – doing “good” through doing business. What inspires people to found a social company, and what do they experience over the course of day-to-day business?

Posted By Martina Schwingenstein on Jul 1, 2015

“This ignorance, complacency and total lack of responsibility, people’s level of disinterest is truly absurd and small-minded! It seems to me we are headed straight back into the Victorian era, it is a dramatic shift!” complains Julian*. His vision is quite clear: He wants to drive the energy revolution. “If corporations are not willing to do it, then it is up to us.” I visited the young entrepreneur and his colleagues in their office in the heart of a large German city. Here their idea was born and they have been pursuing it tirelessly since founding their company in 2011. Their motto: “Our energy is changing the world”.

Julian is not alone in his desire to effect change. He represents a new generation of business people known as “social entrepreneurs”. The objective of social-economic activity is not limited to profit but to find solutions to social and ecological problems. The idea originated in the Anglo-American realm and has resonated here in Germany, where the hype around this ideal entrepreneur figure is growing.

Expectations are high: Visionaries hope for a fulfilling career in which they can “do good” while still earning money. Institutions like foundations and universities are promoting this new economic stakeholder, since they are apparently more flexible and efficient than state or social institutions, while their impact is more socially responsible than traditional, private businesses. The discussion around social entrepreneurship must be viewed in the larger context of the search for the right stakeholders who can work alongside the state, private and social sectors to find suitable solutions to society’s problems. The merging of entrepreneurial and social activity is taking place in a wide range of diverse fields such as education, elder care, the integration of social “marginal groups”, and environmental conservation and climate protection.

There is widespread agreement on the positive effects of social entrepreneurship, yet the way social entrepreneurs experience their own work often goes unrecognised. What kinds of people are braving the step of founding their own social firms and working for themselves? How do they walk the tightrope between social and entrepreneurial activity? And what moves them to take responsibility for the needs of society?

Julian and his generation are quite clear on their motivation: They are looking to maximise fulfilment by placing solving social problems ahead of monetary gain. And they want to work independently, not be subject to the control of a company or boss. Julian sees self-employment as supreme discipline. He could have simply joined McKinsey or gone into investment banking, he tells me. That would not have been challenging enough though.

Along with Julian, I visited with other social entrepreneurs at their workplaces and creative studios. They are found in co-working spaces, small office suites, old industrial halls in which the creative industry has made its home, or simply wherever they can network with the world via WLAN and a laptop. They sell ecological textiles from India and fair trade coffee from Ethiopia, brainstorm with others about new residential models for the elderly and network with journalists worldwide to create a global, transparent online magazine. They all seem self-assured and confident, highly qualified, socially critical, hard-working and highly productive. Their actions are dictated by their potential usefulness. “Post material” is how their view of the world can be described and it drives and inspires them. They are not impressed by promises of high salaries and opportunities for climbing the classic career ladder. So many are choosing to quit their secure jobs and turn their backs on traditional private sector corporations.

Between self-fulfilment and self-exploitation

“You work and live much more intensely when you know exactly what you are working for. It is your “baby” and you throw yourself into it wholeheartedly,” explains Fabian*, who is in the process of creating an online magazine for more transparency in the media landscape. Surprisingly though, social entrepreneurs often seem of two minds when they talk about their daily business activities. They are completely dedicated to what they are doing on the one hand, enthusiastic and infused with the fighting spirit. On the other, exhaustion and frustration are making their presence felt: “I feel like I am constantly treading water. You never get off work, the company is your first and last thought every day and it eats you up. You do your best to get it under control, but it is really hard because you are the company,” Julian reports. Exceptional personal fulfilment and a tendency for self-exploitation are often close companions in day-to-day business operations. Work becomes a “passion” and the effort expended for it never ends. This pushes many to their physiological and physical breaking points.

This is exacerbated by a financial framework that can be extremely frustrating. Profit opportunities are very limited for social entrepreneurs, who often remain dependant on stipends and grants. Even if many social entrepreneurs see monetary gain as secondary, reality presents a different image. Some have the specific networks and skill sets that allow them to access start-up grants and stipends. Others invest their own money from previous well-paid jobs. But very few can or want to continue to live under these conditions. A young entrepreneur around 30 said that her standard of living has hardly changed since she was a student, but that she had accepted her lack of financial means and security. Unlike a young father, who complained of sleepless nights and a question that plagues him: “I have often lain awake wondering what my wife and children will live off when my start-up grant runs out. And I can tell you one thing for sure: It is not at all fun to spend the thousands you worked so hard to put aside. I have to start earning money soon. I have a family and I have to fill the fridge.”

Despite the favourable conditions the social entrepreneurs I spoke with enjoyed due to their financial backgrounds, level of education and social contacts, limited funds and psychological stress characterise their socially responsible business activities.

When I ask Julian about how he sees the balancing act between social and entrepreneurial activities, he responds that professional fulfilment is key. At the same time, he regularly faces outside resistance and scepticism: “People respond to the whole social aspect with a lot of ambivalence. You always assume people are going to approve – but they don’t. They simply don’t believe you. There is a lot of mistrust: ‘Is that what you guys really do? Don’t you get your money back some other way?’” This reaction from sceptical customers offends Julian and embodies a phenomenon social entrepreneurs often encounter. They become embroiled in moral debates about the “right” way to be ecological or socially responsible and there is widespread doubt that money can be earned doing “good”: “The social entrepreneurship label is not really an advantage because you automatically stake out a position. I really hate the whole “I am better and more virtuous than you” ideology. I don’t have to justify myself on a moral level, I have no patience for the whole thing anymore. I don’t want to act like I am some kind of expert on how a social business should be founded and run, but at least our business is start,” adds another voice.

The institutions active in this field pay too little attention to the resistance this mixing of the social and the commercial is often met with in practice. Research and funding for social companies was initially primarily driven by stakeholders from the Anglo-American realm with close ties to the private sector. Central research institutes are affiliated with business schools at elite universities, such as the “Social Enterprise Initiative” at the Harvard School or the “Skoll Centre for Social Entrepreneurship” at Oxford University. Here in Germany, the Munich “Social Entrepreneurship Akademie” was founded in 2010 by the classic entrepreneurship centres at Munich’s four universities. Corporate foundations like the Vodafone Foundation and the BMW Foundation are financers behind the social entrepreneurship phenomenon.

It should be noted that what these stakeholders define as “social” activity remains vague. Neither the programme descriptions nor the scientific definitions are very specific, though everyone agrees on one thing: It is about doing “good” for society. Here too it is less about defining a new type of business activity, but rather setting oneself apart from the “old” – namely the classic entrepreneur. Viewed in a historical context, this figure has been subject to criticism since the time of industrialization, as it is today the context of the economic crisis, and stands accused of profit-oriented, opportunistic and selfish actions. In contrast social entrepreneur appear altruistic and as such legitimate. The social entrepreneur is making up for the deficits attributed to the classic entrepreneur.

A reflex of contemporary capitalism

This phenomenon is no accident and can be explained using the theory of “reflexive capitalism” developed by sociologists Luc Boltanski and Ève Chiapello in their book “The New Spirit of Capitalism”. They put forth the thesis that capitalism is able to reflect on and recuperate critiques of its system for self-legitimisation. These critiques are as old as the system itself, and tend to take two forms: The first is the “artistic critique” based on the bohemian way of life. It denounces the uniformity created by processes of standardisation, the repression of the autonomous and creative subject, and the dependence of the worker. According to the artistic critique, the capitalist way of life does not correspond to a free, creative and meaningful life. Then there are the socially critical voices expressing “social critique”, which takes issue with capitalism’s concept of human beings as opportunistic and selfish. It accuses capitalism of creating social inequality and the impoverishment of the lower classes in an increasingly wealthy society.

This critique has been enthusiastically received since the 1980s in particular to the point where flexibility, creativity, individual responsibility and autonomy are viewed as the maxims of the working world and human capital today. In contrast, the opportunistic and selfish view of man favoured by capitalism, which places self-interest ahead of social cohesion and solidarity, has yet to be shattered. The figure of the “social entrepreneur” can be understood as a reaction to this critique of capitalism – as a new “reflexive” development aimed at initiating a reassessment of the classic entrepreneur.

The debate around social entrepreneurship and the reality of the day-to-day working environment of the social entrepreneurs presented here are clearly shaped by great contradictions. We must therefore ask what contribution social entrepreneurs can truly make to social change in their areas of activity. Ultimately they will remain a fringe group here in Germany. Still, the potential of the new entrepreneur lies in the desire of many highly qualified young academics to take on social responsibility and express a different understanding of entrepreneurship.

This is a joint publication, edited in collaboration with Digital Development Debates. This article is part of their current issue on “responsibility“.

I’m currently based in Stuttgart working in education and school quality development for the Robert Bosch Stiftung. I studied Cultural Anthropology, Intercultural Communication and Business Administration at the Ludwig Maximilian University in Munich and the University of Copenhagen. Interested in social responsibility and change I researched on the “social entrepreneur” in my master thesis.