Can Piella: More than an occupied house

A fieldnote from Barcelona, Spain (October 2013)

You might have already heared about „the occupants“ in Spain. Let me introduce to you one former occupied house and what an occupation can bring about:

During my last field trip to Barcelona in April 2013, I tried to get a broad overview of the ongoing civil society movements which were concerned with ecological AND social issues. Therefor, one day, I went to participate in a „bioconstruction course“ near Barcelona in an occupied house called „Can Piella“.

„Bioconstruction“ is a method that means building houses in a sustainable way, using entirely natural materials of the surrounding local regions like earth, sand, rocks, plants etc. The materials are used in their natural state without being changed chemically or the addition of industrial products. Therefor their natural quality and integrity is assured.

Well, first of all we, the helpers, were instructed by the housekeepers (the occupants) on the two several tasks of the day: helping in the community garden or helping with the finishing of an additional room of the house by using the technique of bioconstruction. I decided to get my hands dirty in the bioconstruction group. So the more or less 12 people were then splitted into two groups and got things started. Thus we, the bioconstructers, mixed soil, straw, water and clay in a bath tub outside in the field to get a fine compound and began to fill up the already built up timber-frame construction with the muddy mass. We were hard working for about four hours. But breathing the fresh air, enjoying the sun, talking and laughing with the others and being able to put my hands into „dirt“, I really enjoyed this kind of „research trip“.

After these hours of hard and muddy work, we were invited for lunch by the housekeepers. The community garden group’s work of the morning could now be smelled in a huge pan filled with rice, tomatoes, herbs and other vegetables from the garden. Honestly, it was the best rice dish I have ever tasted and it was a very senseful experience: I could see, smell, taste and feel the natural substances in my body.

So I did not just learn how to build an ecological nonhazardous house which’s ingredients will decompose and return to the biosphere. I could also experience what it means to have the skills to cultivate vegetables, salads, herbs and other aliments in a natural and sustainable way and to be more autonomous and self-sufficient.

The point is that this movement of occupation has far less to do with parasitism than one might think. In fact these occupants – well the ones I know and the ones I heared and hear about – always focus on maintaining or even on renovating and improving the houses they occupy. Moreover – since it is always a group of people – they have to deal with community issues: living and working together, making compromises, learning from each other and being creative. Above all these peri-urban „house projects“ are sustainable ways of living. And they capacitate these people in resilience, because mostly they are thrown out after some one to more years by the municipality and have to find another vacant house and start everything again in other conditions than before.

I do not want to cheer for becoming an – in most cases – illegal occupant. But I want to show that these nasty looking occupations give rise to a lot of practical and social skills. Instead of being parasites to the houses they inhabit, occupants often create something new and productive in a space that would otherwise be empty and dead. 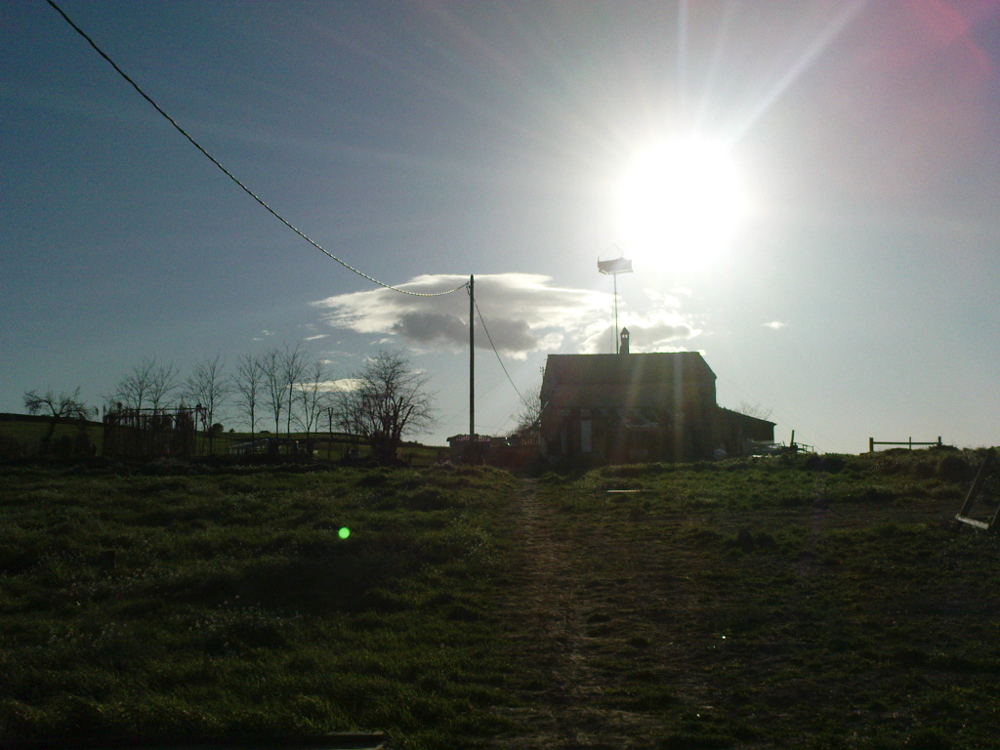 My photograph shows the path up to Can Piella. I took it on my way back to the city of Barcelona. It seems like a peaceful, natural, green place of comfort. But I have to tell you that I just found out today (October 23rd, 2013), that Can Piella does no longer exist because the municipality has evicted the housekeepers – or occupants –  from their „home“. Where they are now? I do not know. But I guess some vacant places have found new dwellers…

I am currently doing qualitative research on the so called „agents of change“ who strive for a more social, ecological and sustainable society in the cities of Munich, Barcelona and Copenhagen.
Generally, I’m focusing on urban geography and cultural anthropology, sustainability and society, inter- and transdisciplinary approaches as well as on the combination of digital media and science. I’m definitely a lateral thinker because I love to link entities which might seem opposed at first sight.
I hold a diploma in Human Geography, European Cultural Studies, Law and Social Psychology from the Ludwig-Maximilians-University in Munich (2005-2012) and spent one semester abroad at the Autonomous University of Barcelona (2007/2008). Currently I am a doctoral student at the Ludwig-Maximilians-University in Munich (since 2012).
If you like what I write or if you want to share your knowledge and expertise with me, please contact me!