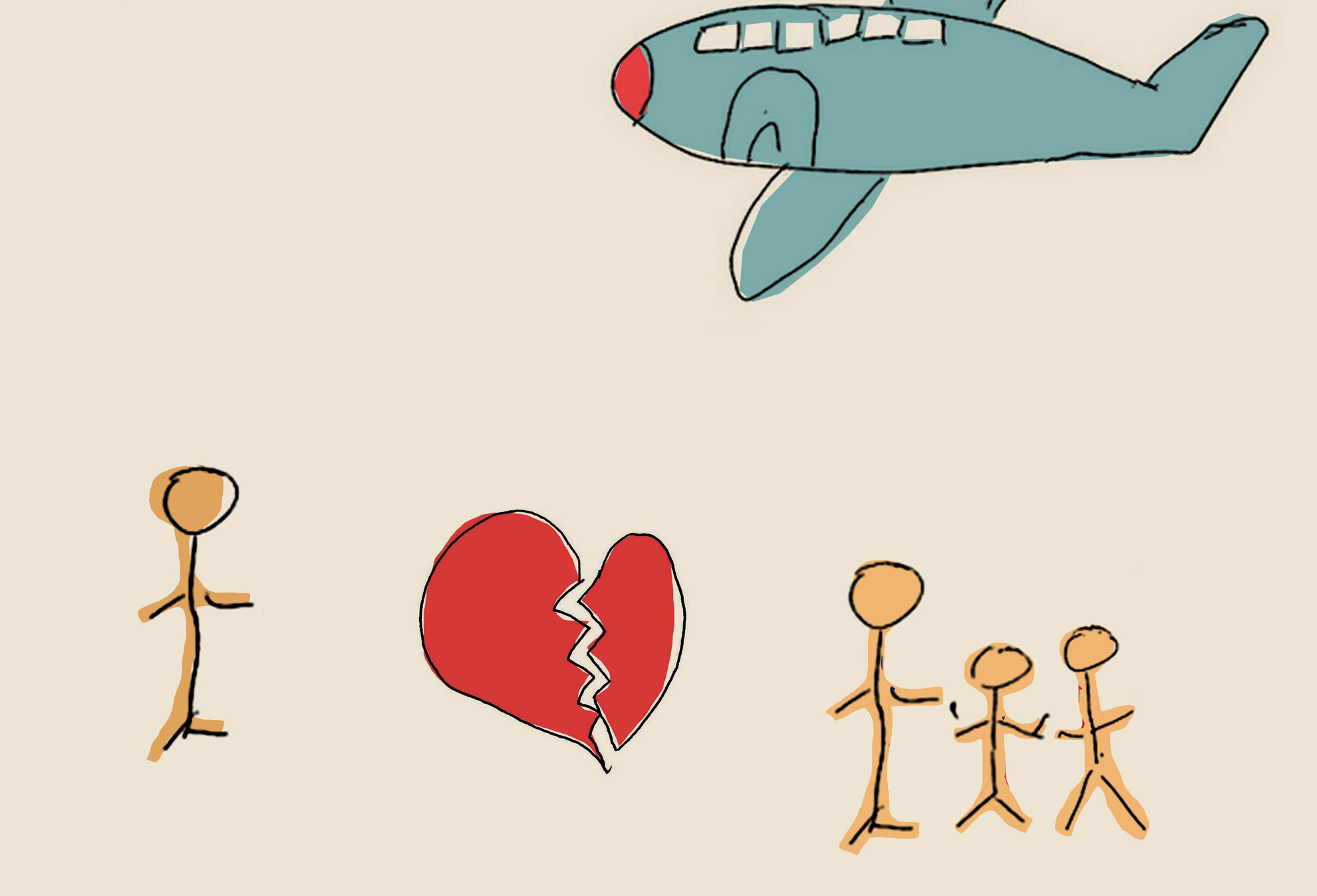 Being deportable but not yet deported: what happens when the state is seeking to remove unwanted foreign nationals but is not yet able to do so?

The following article initially appeared on FocaalBlog and was reposted with the kind permission of the author.

On 14 April 2010, I was approached by J., who had come across my research when searching the net in an attempt to find a way to keep her husband in the United Kingdom. My research looked at the increasing deportation of foreign national offenders from the UK. Specifically, I was examining questions that addressed the different ways policies of deportation were experienced and responded to. What effect do British policies of deportation have on those facing deportation and their families? What strategies are devised to cope with and react to deportation? In what ways does deportability influence one’s sense of justice, security, and self, and how does that translate into everyday life?

J.’s email, copied below, is a powerful and moving description of what is like to live with the uncertainty of deportation and how that uncertainty is experienced, not just by the one facing expulsion from the UK but by the family at large too. In one page, J. conveys the embodiment of deportation, its meaning, and reach. I invite you to read her email.

J. is a pseudonym of course, and some details in her story were modified to ensure anonymity.

Well my partner is currently facing deportation back to Uzbekistan after coming to the UK 19 years ago as a child with his family. The reason being for his deportation is due to him getting a criminal record in 2003 however no one has contacted him up until 2008 after he enquired about getting a replacement passport due to him losing his so we’re now left wondering if we never did enquire about the passport would he have been left alone. My partner was never aware that he was not a UK citizen he assumed that his father had completed the appropriate paper work and we never had any reason to doubt otherwise as he went to school here, and lived like any other British citizen. We have four children aged seven, four, two and the baby four months. The eldest not being my partner’s biological child, and he has full contact with his father on a regular basis. We have appealed the deportation at an immigration tribunal and it was rejected so we are now in the process of waiting for a date to go to the higher courts.

The effect it has had on our family is unspeakable, i had my two year old early due to the stress of the court case coming up, we have got ourselves into 1000’s of pounds worth of debt in solicitors fee’s. The ‘not knowing’ what is awaiting in the future is really hard and the prospect of having to go to Uzbekistan is very frightening for my partner and myself. He has no family over there anymore and isnt very fluent in the language so he has no idea of what he is going to do if he is sent back he has no money and nowhere to go, how will he get a job with the poor language etc its all going through his mind on a daily basis and he often gets that worked up he ends up vomiting, for myself i have never been abroad so the thought of moving there scares me to death, especially the fact that the country has a completely different religion to my own and language. My youngest baby was also born early at 28 weeks and has numerous health problems and has on going treatment so to move to a country where you have to pay for health care is daunting what if we had no money and something went wrong?

Other problems we are facing is that my oldest son’s father is refusing to allow me to take him abroad so there would be an ongoing battle with him and he has joint parental responsibilities so he is within his rights to do so, its not just that i would feel so guilty to take my son away from his dad who he is very close to and he has a life here he has friends, he loves his school, he has numerous out of school activities and it would devastate him to have to move. We are a close nit family i have a close relationship with all my family and same with my partner’s family so it would have a knock on effect with them also.

Other effects it has had on me and my partner is we are both highly tensed and stressed, we dread the postman coming thinking is there a letter from the border agency or court its like living in fear. lye lost alot of weight im constantly run down and tired i can burst into tears for nothing i actually think its made me depressed and the thought of the unthinkable happening just makes me feel phyically ill. I just wish the judges and immigration could take this kind of thing into account. Them shipping people back to there country of origin ends there for them but for the family’s of these people who are UK citizens and are completely innocent the trauma of it goes on because im then left with the job of explaining to my children of whats happened to there father and they have to watch me upset and that will affect them in its own way. And the whole me and the children moving to Uzbekistan will have its own problems and stresses as i mentioned above.

I hope ive not gone on too long and i hope this information helps you out.

Two years after J. first e-mailed me, her circumstances had not changed. Her partner remained in the UK under immigration detention, they were fighting his case, and their lives were on hold. 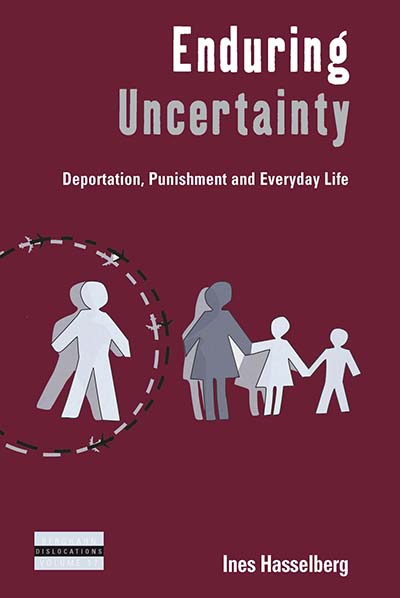 In Enduring Uncertainty: Deportation, Punishment and Everyday Life  (Berghahn, 2016) I examine the deportation and deportability of many in J.’s position. For the most part, I interviewed foreign nationals convicted of one or more criminal offences in the UK, or one member of their families. I spent one year running around London, meeting people at different locations, in an effort to grasp the different ways deportability is felt, understood, and experienced, and looking at the strategies deployed to cope with and react against deportation. Facing deportation implies the establishment or reinforcement of a relationship between the migrant and the host state. How that relationship develops and the resulting consequences are addressed in Enduring Uncertainty from the perspective of deportable migrants and their close relatives.

Specifically, my gaze was focused upon the intersection between deportation and deportability, that is, the stage when the state has already wielded its power in seeking to deport but is not yet able to remove the unwanted foreign national who is appealing against deportation. The book also reveals how conflicting notions over entitlements to human rights (in particular Article 8 on the right to family and private life) is manifested in people’s everyday life. Furthermore, in not limiting my research and analysis to deportable migrants but including their close relatives, I also emphasize how deportation and deportability affect the whole family, even if they are British citizens and thus protected from deportation themselves.

I look at due process in deportation appeals; migrant surveillance and control; social relations and sense of self; and compliance and resistance. I found that the experience of deportation cannot be looked at in isolation—it is part of a wider process that entails state surveillance and control, chronic uncertainty, and limited scope for political action. These elements have implications for the way deportation is viewed by academia and others directly involved in it. I discuss how migrants’ deportability is experienced in relation to official bodies—such as the Home Office, the Asylum and Immigration Tribunal, immigration removal and reporting centers—and becomes embedded in their daily lives, social relations, and sense of self. The lived experience of deportation policies emphasizes the material and human costs associated with deportation and highlights its punitive and coercive effects. Deportability marks migrants’ lives with chronic waiting and anxiety. As a result, migrants awaiting deportation make use of several coping strategies, including reimagining their futures. In turn, migrants’ understandings of their own removal appear incompatible with open political action and with the broader work of Anti-Deportation Campaign support groups. Resistance is thus enacted as compliance with state controls (such as surveillance and immobility), which are perceived as designed to make them fail, rendering them ever more deportable. By enduring this power over them, foreign national offenders are resisting their removal and fighting to stay. The book concludes that the interruption of migrants’ existence in the UK is affected long before their actual removal from the territory. It is a process developing from the embodiment of their deportability as their present and future lives become suspended by the threat of expulsion from their residence of choice.

Enduring Uncertainty is a volume of the “Dislocations” series published by Berghahn Books. The immense dislocations and suffering caused by neoliberal globalization, the retreat of the welfare state in the last decades of the twentieth century, and the heightened military imperialism at the turn of the twenty-first century have raised urgent questions about the temporal and spatial dimensions of power. Through stimulating critical perspectives and new and cross-disciplinary frameworks, which reflect recent innovations in the social and human sciences, this series provides a forum for politically engaged, ethnographically informed, and theoretically incisive responses.

Please follow our partner FocaalBlog on Twitter and Facebook. The Blog seeks to serve as an intellectually vibrant, socially astute, and genuinely cosmopolitan platform for the discussion of anthropological research.

Postdoctoral Research Fellow with the Centre for Criminology, University of Oxford and Associate Director of Border Criminologies. Her research examines the intersections between citizenship, punishment and mobility.