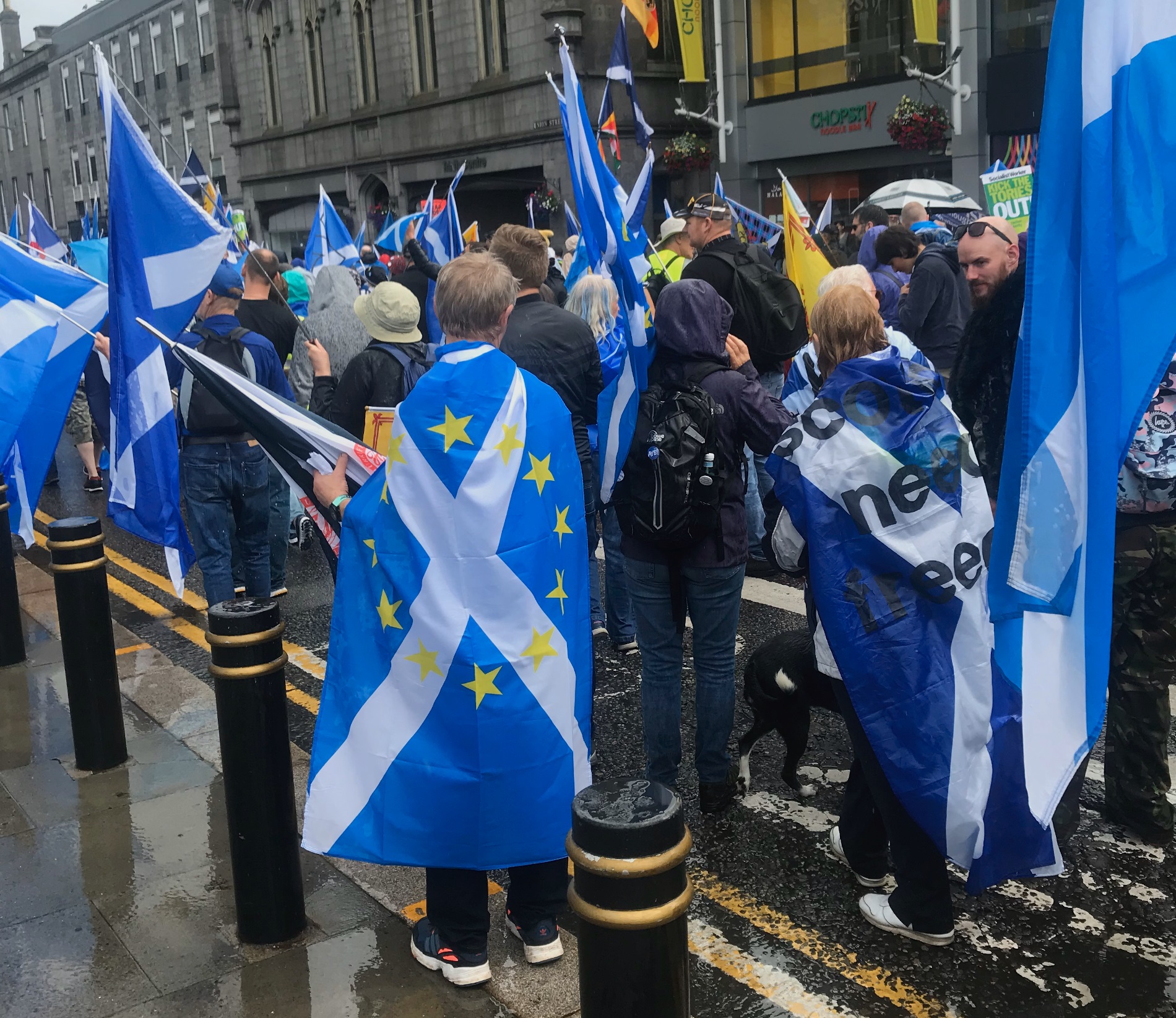 ‘Hey Europe, Scotland Has a Message for You!’: Scottish Independence and the Value of Values

‘As long as Scotland is here, Europe, you are always welcome!’ After having zoomed in on a woman who just made this statement, the camera expands to the view of a lighthouse. The words ScotlandIsHere appear on screen, followed by #ScotlandIsNow.

This dramatic video is part of Scotland is Now, a marketing campaign for Scotland. The aim of the campaign is to attract people and investment to the country. But with videos such as this one and posters proclaiming a ‘love affair’ between Scotland and Europe, it is hard to ignore its political connotations when considering the UK’s recent departure from the European Union.

I have been conducting research on European identity and meanings of Europe in the Scottish independence movement. When asking what makes Scotland European, several participants mentioned Scotland’s ‘European values.’ Although obscure, most participants who mentioned them had a shared understanding of what these values are: international cooperation, being welcoming towards immigrants, solidarity, etc.

Contributors were aware that neither the EU nor its member states stringently adhere to these values themselves. But regardless of whether this set of ideological values is an accurate representation of Europe or the EU, values have value. As one of the participants said: “I think people see Scotland as a European country, and a democratic country. And whether that’s just clever marketing or not, it doesn’t really matter as far I’m concerned, if it gets us Scottish independence.”

Europe and European values are abstract but flexible concepts which can be applied to political arguments. In the Scottish independence debate, being European, interpreted as a perceived set of values or something else, is just one other factor which sets Scotland apart from its Southern neighbour. Although Scotland’s European reputation can be traced to before Brexit, it was emphasized in 2016 when 62% of Scottish voters chose to remain in the EU, as opposed to 53.4% of English voters choosing to leave. By constructing a narrative of Scotland’s European character around this result, the perceived difference between Scotland and the rest of the UK is supported further.

The Scotland is Now campaign does not aim to achieve Scottish independence. But as any marketing campaign it also attempts to set Scotland apart from other states, including Britain. It uses values to achieve this, for example, Scotland is portrayed as being progressive and welcoming. In the video at the start of this post, just like within the independence movement, these values are also used to draw a connection to Europe, making it clear that Scotland is different from the rest of the UK.

Is anyone listening to Scotland’s marketing? A group called ‘Europe is Now’, based in Germany, produced their version of the video above. While walking through an empty stadium, a woman addresses Scotland and says: ‘Never let anybody ever take your freedom’, followed by: ‘Come home Scotland!’ The message is clear and will be gladly heard by those who want Scotland to become independent.