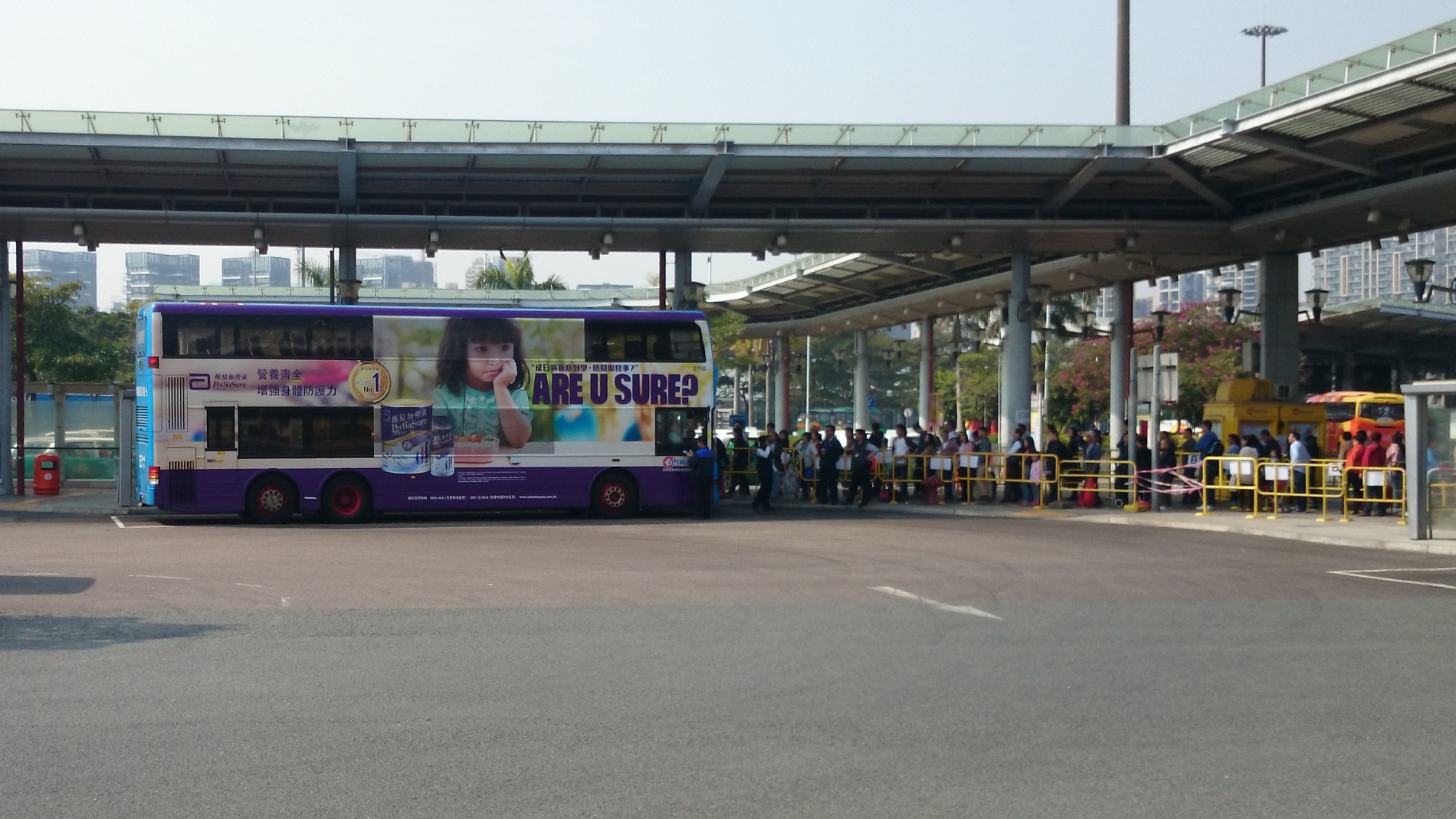 During my fieldwork in Hong Kong and Shenzhen, I was constantly faced with large photographs of children’s faces, in many emotional states, accompanied by milk powder tins and slogans, proclaiming their life-altering properties. They were not public-service announcements but were rather the work of competing brands in a competitive and lucrative marketplace. This image of a young girl’s face on the side of a Hong Kong public double decker bus stays with me. The girl’s eyes seems to be asking a simple, yet important question to every father or mother entering this bus: “ARE YOU SURE?” But why should parents worry? Why should they be unsure?

Food safety concerns reached mainland China’s public consciousness in 2008, with the mellinane tainted milk scandal. Over 290,000 people, most of them infant children, were affected (here is one of the only original articles from 2008 still on the web). Concerns about the safety of the food you eat has become a daily anxiety for Chinese consumers, as parents of small children continue to be affected both emotionally and financially by the consequences of this tragedy.

The ad on the bus was part of a multi-media campaign for “Pediasure”, a milk powder based supplement for 1-10 year olds that directly uses parents’ anxiety about their children’s diet and eating habits to promote its product. Each major milk powder company tries to position itself as one with which you can trust your family’s uncertain future (with a range of powders which target anything from pregnancy to old age). Implicit in these advertisements is an “accepted wisdom” that you can purchase protection from the uncertainties of the regular Chinese food and water supply. The location of the bus amplifies the ad’s message. I took the photo at an intra-national checkpoint, seen by many Hong Kongers as a protective barrier against the uncertainties of the rest of China.

The bus shuttles passengers between Mainland China and a large urban Hong Kong shopping mall. It collects them from the Shenzhen Bay Joint Checkpoint, which separates Hong Kong Special Administrative Region from the rest of China. The passengers above have just presented their travel permits or passports, and passed through two sets of customs at this checkpoint — a mixture of cross-border shoppers, traders, tourists and commuters waiting for the bus. They have just arrived in Hong Kong, it is early morning and most will return that same evening, loaded with house hold goods.

Among the people in line are probably also quite a few worried parents, setting out to buy milk powder and other house hold products. As they had waited for their passes to be inspected, they would have read posters and flyers reminding them of the restrictions authorities had placed on carrying infant formula out of Hong Kong: two cans per person. The milk powder flows from Hong Kong into Mainland China because of the different tax and currency regimes making it marginally cheaper. And it is believed to be more trustworthy, since the formula that travels through Hong Kong, which has no dairy cows, is manufactured mostly in New Zealand and Europe. Worried parents perceive such places to have more reliable standards than Mainland China.

The advertising on the bus thus speaks of a quest for ‘safety’, against a climate of societal ‘anxiety.’ The restriction of two cans per person was put in place in March 2013 in response to a political narrative, according to which mainland shoppers were creating a shortage of formula leaving Hong Kong children hungry. This fits within a larger realization that Hong Kong is physically dependent on mainland China for food, water and electricity. Such fears and Hong Kong’s passion for the neo-liberal economic model feed into an underlying ‘class anxiety’ that appears to govern so many interactions across the intra-national Hong Kong-China border. How do I ensure my child lives a better life than I have? Crossing the border has been the answer to that question for thousands of parents from Mainland China, who in the early 2000’s crossed the border to give birth in Hong Kong and thus to gain a Hong Kong identity card for their child by birthright.

Being born in Hong Kong or having a Hong Kong parent yet living at the other side of the border, each morning and evening thousands of children travel through the Shenzhen Checkpoint to schools and kindergartens in Hong Kong. Living as “immigrants” in Mainland China, with their Hong Kong ID cards these children are eligible for subsidized schools in Hong Kong.

The flow of infant formula across the border from Hong Kong into Mainland China thus hums against the chatter of another movement that goes in the opposite direction: from China to Hong Kong, a flow not made up of milk powder, but young minds. These opposing flows, caught in this one picture, both represent how crossing the intra-national border becomes a strategy against class anxiety: a Hong Kong ID card gives your child a more internationally competitive education at a slightly more affordable price, just as safer foreign infant formula hedges against the flaws in China’s developing food safety agencies.

I am a Doctoral candidate and researcher at the University of Oulu, in Northern Finland. Originally from Australia, my household is a multinational organisation. My field research has been focused on grass roots intimacies within ‘greater china’, the PRC, Hong Kong, Taiwan and Macau. I recently returned from eighteen months ethnographic fieldwork in Shenzhen, Guangdong province. My academic career has spanned, media studies, anthropology and geography. My professional experience has focused on international education and student welfare. I have a particular interest in reciprocity within academic contexts.