From thieves to customers

The story of a market woman who wouldn’t stop serving food to armed rebels despite their reluctance to pay. 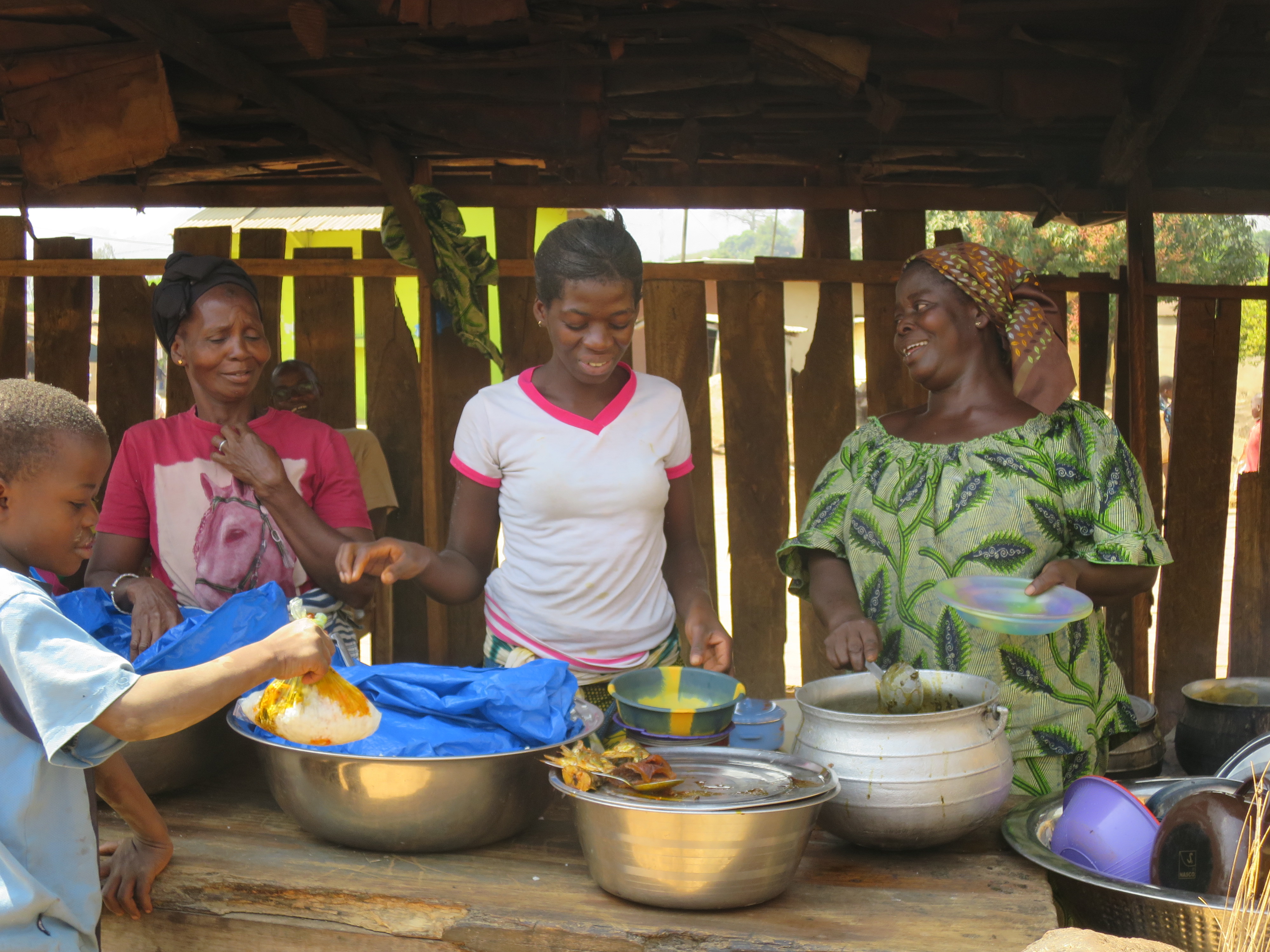 Between 2002 and 2011, the northern half of the Côte d’Ivoire was controlled by the rebel group Les Forces Nouvelle. In contrast to other violent groups, the rebels did not hide in the bush, but lived in towns and villages intermingled with the population. I often wondered what strategies people in these towns developed in order to deal with rebels in their everyday life. The following story was told by Aunty, a 40-year-old mother of five, in whose house in the town of Man in western Côte d’Ivoire I lived during my research in 2009.  The war had destroyed Aunty’s livelihoods which were selling plantains. She started to sell rice and sauce on the market. Her family helped with the preparation – and by preparing the food to be sold, the family made sure they had something to eat as well.

Aunty’s strategy with the rebels

One day, four rebels came to her stall in the local market, demanding to be served some food. They were young combatants in charge of securing the market. She served them rice with sauce and some meat. But then they left without paying. During the following days, they came back again and again, leaving each time without paying. Sometimes they would even demand extra portions of meat.

Aunty did not say anything and served them well. She had often served food for free to youngsters in the neighbourhood who had nothing to give in return. But in the case of the rebel guards, other women at the market soon began to express their discontent. They told her to ask the rebels for money next time. But Aunty was afraid. Her family was active in President Laurent Gbagbo‘s party. As a supporter of the President one risked being abused by the rebels for minor things. Therefore, it was better to simply comply.

The fact that rebels acted in such a way did not surprise anybody. I’ve heard similar stories many times about rebels of low and high-ranks who refused to pay for services they received. Such practices earned the rebels a reputation of being “thieves“. As many others also did, Aunty handed over the ‘forced gift’ without complaining. Nevertheless, there are many ways of serving food. She could have done it very slowly, reluctantly, putting only a little bit on their plates, or choosing just the most bony pieces of meat, giving them an evil look. Such practices of resistance are common and have been described as “weapons of the weak“ elsewhere 1. But Aunty was a woman well–known for her kindness, cheerful temper, and for her hospitable attitude. To receive visitors well and to provide those with good food are qualities that raise a woman’s status in this region 2.

So Aunty continued serving food to the point that it surprised her tormentors (the rebels). After about three weeks of eating without paying, the rebels suddenly changed. Aunty remembered them saying to her: ‘La vieille, you are tough! We have been provoking you for so long, but you haven’t said anything. You have always given us food to eat. You are kind. You’re a good person.’ From that day, they paid her.

What brought on the turnabout?

Aunty’s humility and generosity must have transformed the meaning of her interaction with the rebels. She managed to reposition herself from a victim of theft to a generous provider of food, thereby redefining the situation and transforming their relationship. Her generosity had in the long run a disarming effect that must have filled the rebels with shame. Even though they did not apologise or compensate her for the mistreatment and damage caused, the rebels stopped behaving like thieves and became actual customers.

But the story does not end here. In Aunty’s account, the rebels even went a step further and started to offer her privileged treatment. Once she approached a place in the market where the rebels usually sat. As she approached, they stood up and asked: ‘Is there something wrong? Are you in trouble?’ They thought she had come to see them for help. But Aunty laughed and told them that she was just going to the toilet.

2 Fischer, Eberhard, and Hans Himmelheber. 1984. The arts of the Dan in West Africa. Zürich: Museum Rietberg.