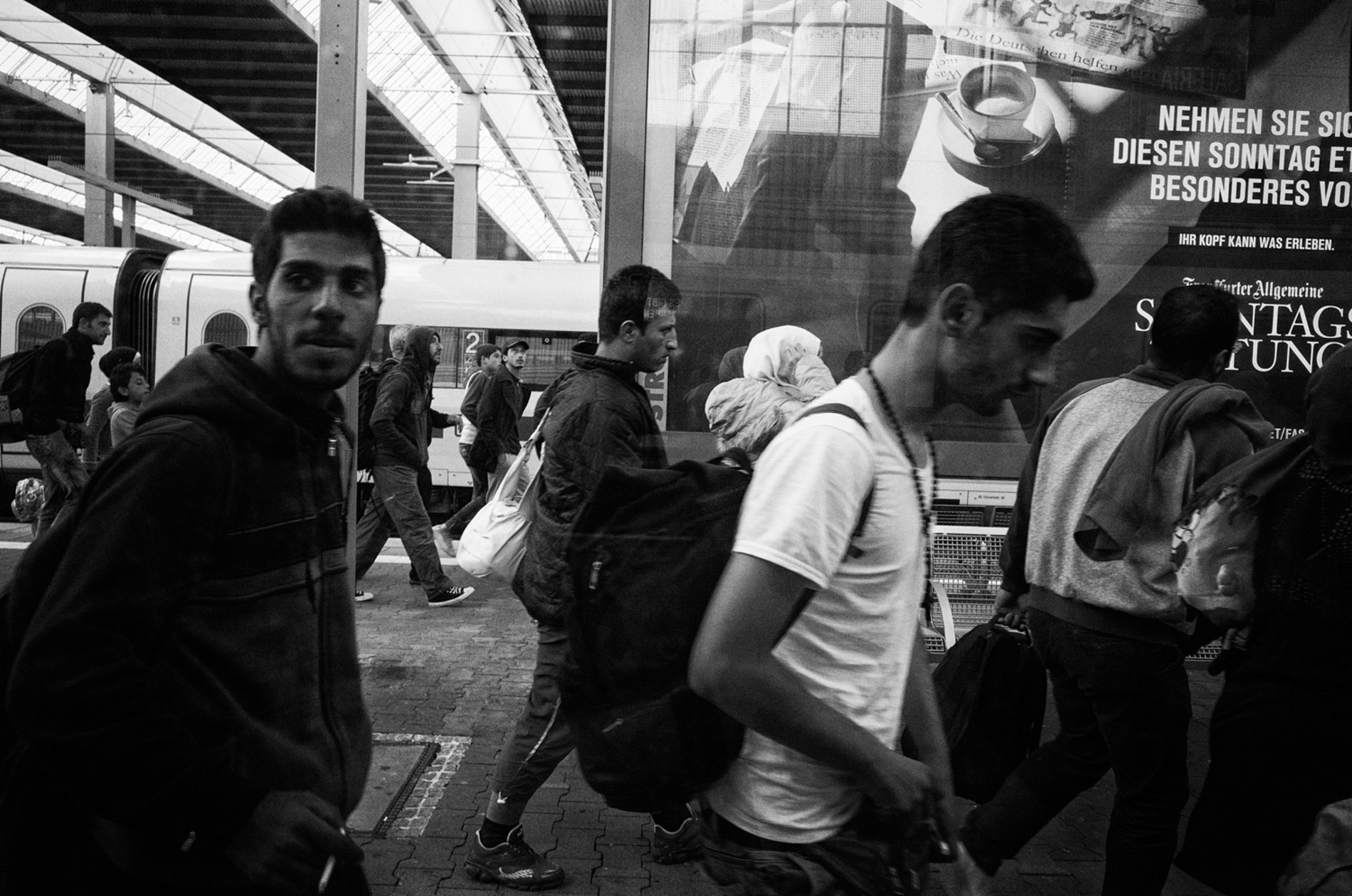 And when the welcoming is over?

In September 2015, Munich’s central train station came to international media attention as a site of arrival for thousands of refugees. After an exhausting and often dangerous journey, this was their first step into Germany. But what happens after the welcome? Younus, Shadi and Eyob tell their stories of arriving: three voices against the ongoing problematization of migration.

Following this year’s remarkable summer when thousands of refugees were arriving in Munich’s train station being welcomed by crowds of people, the blog project “Arriving in Munich” started tracking the long process of arriving. Stories of those who have just arrived, others that arrived years ago and those that arrived such a long time ago that the actual arrival is nearly forgotten – all will shape the urban community of Munich in the years to come.

Younous – You shouldn’t feed the pigeons!

“Salam, my name is Younus. Someone once told me that my name means “pigeon”… I used to wish I was a pigeon and could fly wherever I wanted. In my country people love pigeons; they enjoy seeing them flying together in a huge flock… but here in Germany, it’s totally different.

I arrived in Munich four years ago, and it was the temporary end of my long journey. Once when I was on my way to get groceries, a lady walking her dog shooed a pigeon away, cursing loudly. My German wasn’t very good at the time, but I understood that she didn’t like the pigeon. One animal is loved, the other is chased away. I was pretty put off by this and thought about the lady long after. During my journeys, I lived through a lot – being chased away, for example. In Iran, you always have to watch out for the police, because if they catch you, they’ll send you back to Afghanistan, but only after having beaten, robbed, and humiliated. You even have to watch out for normal people, because they don’t like Afghans; they say Afghans are filthy.

The lady in Munich said something similar about the pigeon. Iranians don’t mind pigeons. There are even some highly sought-after pigeon breeds from Iran. They’re all bred with different features – some have a particular color, others a nicely shaped beak or a long neck.

Afghans who look like Iranians don’t have it as bad, because you can’t immediately tell they’re Afghans. I’m a Hazara. Hazara means “thousand”. Genghis Khan sent units of a thousand men in all directions from the Mongol Empire. Those were are ancestors.

That’s why you can instantly recognize a Hazara by their narrow eyes, flat noses, and rather small builds.
This Asian appearance immediately gives you away as an Afghan, and therefore an easy target for hostility. They call you names, insult you, spit at you, hit you. In the parks there are signs that say “No Entry For Dogs and Afghans”.

I was in Iran to earn money. From 6 in the morning until 11 at night, I sowed purses, handbags, suitcases and travel bags. Six days a week. We had Fridays off, so we would go play football and shower. You get your pay every six months, and once I had saved up enough, I decided to make my way to Europe.

In Europe, I heard there are human rights, for Afghans and Hazara, for everyone. A peaceful life…I had dreamt of this. To be able to go out freely, not be afraid, not having to constantly hide. Friends told me that in Europe, you can even make money washing dogs. I always thought they were joking. In Munich, there are hairdressers for dogs; and there are ladies who carry their dogs around in their purses. Do such “dog-bags” need to be made in Iran now?

And there are these human rights. Even so, not everyone has the same rights. For example, I couldn’t just leave Munich. If I wanted to visit a friend in another city, I had to submit a written request one to two weeks ahead of the visit and pay a 10€ processing fee, and then I could leave Munich for a week. No-one could explain to me why. That’s just how it is in Germany! So they said.

There’s a paper for EVERYTHING. The human rights as well come only with papers and on paper. As long as you don’t have an ID, you don’t have any human rights, even though you’re a human. What people say has no value here. But if someone wrote down what was said and put a stamp on it – suddenly it’s worth a lot.

I have never seen any of the people who determined my future.

I had to relive all of the terrible things that happened to me during my flight because it had to be documented. I had to provide reports of any and all events – accidents, prison stays… everything you would hope to forget as soon as possible. I was asked about all of these terrible things – the worse, the better… how I’m coping with these experiences, no-one bothered to ask.

You have to fight hard, but get hit harder.

Yes, there are human rights and freedom in Europe. But to gain these, you have to lose both for a time.

The windowsill of the hostel I stayed at in Munich had a sort of barbed wire attached to it. My counselor told me it was there to keep the pigeons from sitting on it. He also told me that you shouldn’t feed the pigeons here. I remembered when I was a kid and wished I could fly anywhere like a pigeon.”

Shadi – The language of basketball

In Damaskus, Shadi was a professional basketball player and coach. He left Syria (warum eigentlich?). Now he is in Munich, and it is his passion which helps him to restart a new life.

„I don’t like the word refugee. It’s hard. All of the people that are coming need help. Somebody pushes us to come here, to change our life. You know, the war is difficult.“

“Germany tastes like egg salad.
Germany smells like flowers.
Germany is as clean as a new BMW.
Germany sounds like Helene Fischer and die Ärzte.
Germany feels like friendship.
I’ve been in Germany for a year.
My hobbies are playing football and swimming.
My favorite food is Engera, they only make it in Eritrea.
My dream job is gardener.”

Mapping Munich: from welcoming to arriving

The act of welcoming only marks a point in time, the act of arriving is a process, a development, a progression. Munich has proved for decades that arriving is possible. In contrast to alarmist opinions concerning the “state of integration” it took place without much friction. However, from the history of immigration to Germany (and Munich in particular), we know that the process of arriving itself is usually concealed, without public attention, and then often needs to be retrospectively reconstructed. 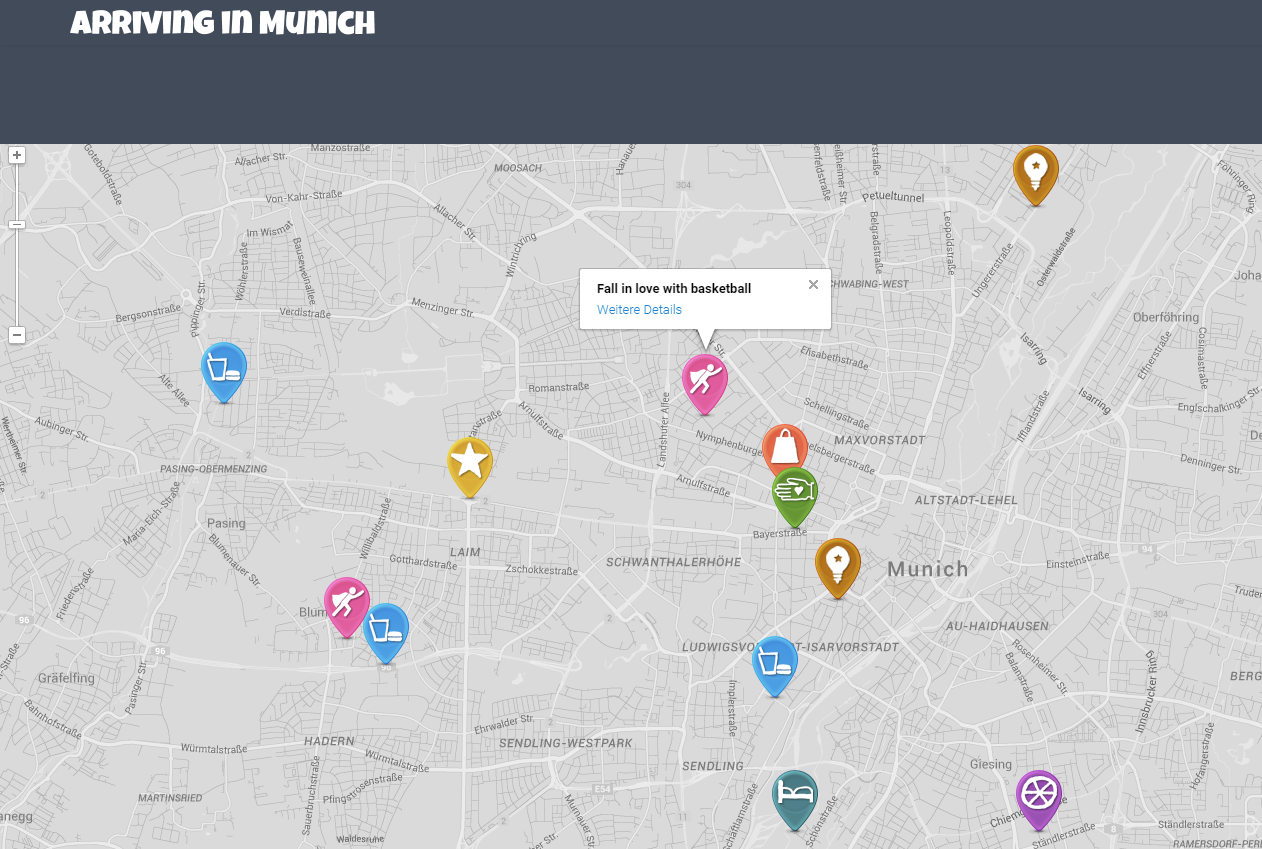 “Arriving in Munich” creates and makes available current insights into such processes pointing out what makes arriving easier or more difficult. The project’s digital archive of personal stories is presented as an interactive map recording and displaying multiple traces of arrival in Munich. Following these traces leads to new people, experiences and episodes – all intertwining into a different image of a city and a history of immigration in-the-making.

For more information about the project: “Arriving in Munich”.

Picture called “towards a better future #3” by Andreas Schalk (Flickr, CC BY 2.0).

A blog project developed by authors that are connected with the issue of flight and migration, either biographically or professionally.