This blog post is part of a much larger theme of the impact of social media on low income populations. This is most debated among social media theorists and activists and is also one of the research objectives of the Global Social Media Impact Study. I will give just a few insights on this issue from the Italian field site.

First, we should keep in mind that low income is not necessarily related to poverty in Grano. I will briefly explain why. Indeed, the unemployment figures for the local population seem to be close to recent ones for the southern Italy: that is unemployment of almost 22%, with unemployment among youth at 61%. However, relatively much less people believe they are poor. This is related to a rewarding combination of the following mechanisms: closer kin relations, which also imply efficient redistribution of material goods and possessions within the nuclear family; alternative sources of income, such as from subsistence agriculture; and the possibility to dramatically reduce the costs of living with no direct impact on social status. I will not detail these here, but I will give a typical example: let’s take an average family formed of a middle-aged couple with two children in which only one adult is employed on a part-time basis. The family could either own their house or live in the same house with some of their own parents; the grandmother is cooking for the entire family and at least one other parent or sibling can contribute fresh vegetables from their campagna (a small house and agricultural lot outside the city) or produce their own olive oil for the entire year. The costs for education and healthcare is minimal and the family can afford to send their children on a weekly basis to private courses of English Language or football. Such a family would normally not consider themselves poor and will always point to other people who have a lower standard of life than their own. 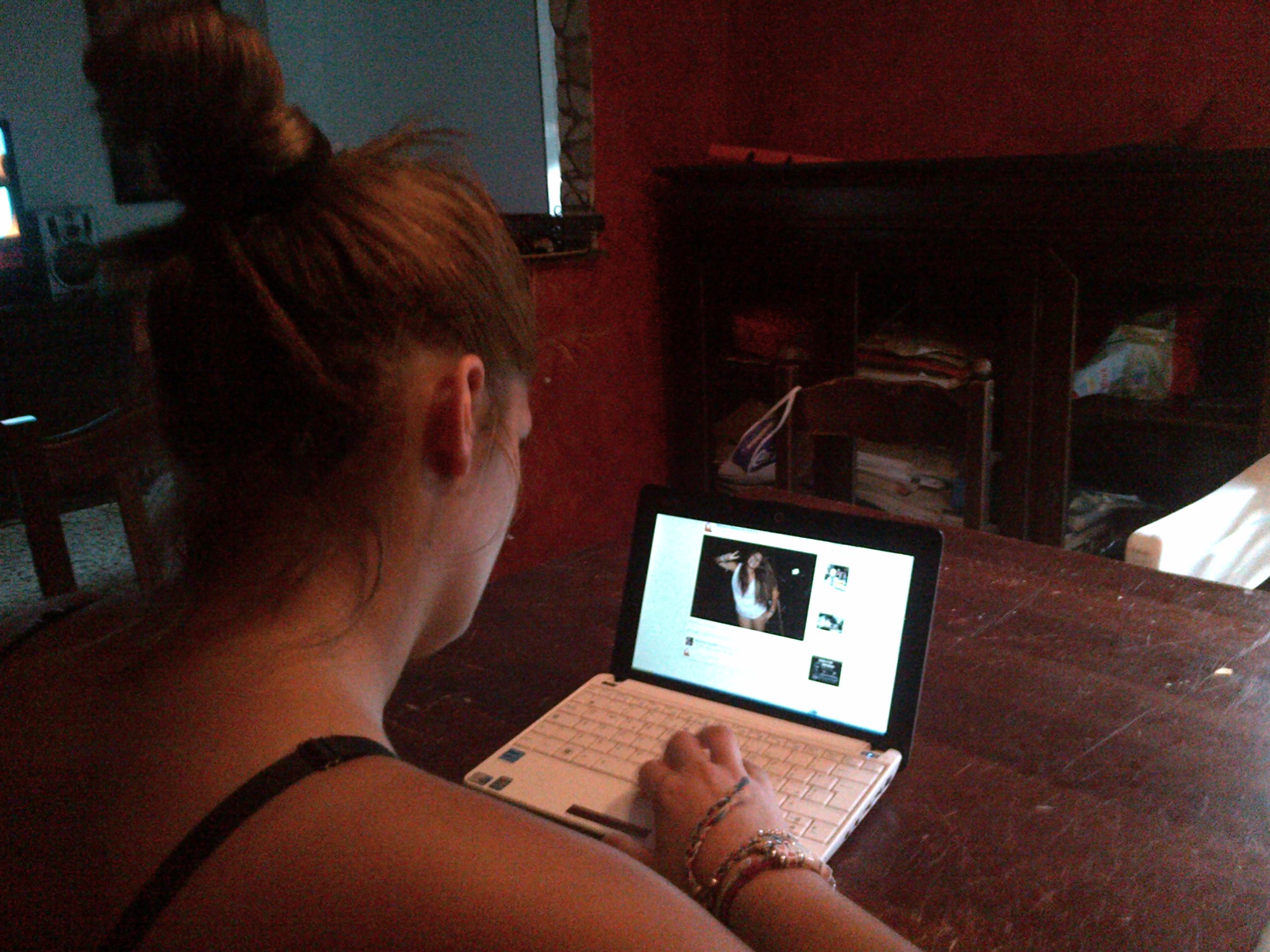 In this post I will refer to people from this latter category, who normally agree they have outstanding economic difficulties. It is this group of people for whom at least one of the first two mechanisms described above does not exist or does not function for different reasons. Regarding the use of social media, the first thing that blatantly differentiates them from other people in the town is related to the cost of technology. Most people living in difficult economic conditions simply cannot afford to pay for an Internet connection (which is at least 20 EUR/month), a cheap second-hand laptop (around 60-80 EUR), and do not have any interest in acquiring a smartphone. Indeed, just a few people in Grano use the free Internet services offered by the public library or the local employment office.

Then, it is interesting how this situation changes for the couples with children and especially when the children turn 12-13 years old. It is this period when parents start to realize they have to buy their children a smartphone and allow them to be present on Facebook as the majority of their school colleagues do. Moreover, most of the parents encourage their children to use social media as they see this as an imperative alignment with their peers. It is then when one of the parents – usually the mother – might also start to use Facebook.

Giorgia is a 16 years old girl who lives with her parents and her five brothers in a modest council house in the center of Grano. Nobody in her family has a stable job and they depend on the weekly help from the church. She is friends on Facebook with both her parents and her three older brothers. None of them ever suggested on Facebook they were poor; their close friends just know that and Giorgia and her family see no reason why they would bring this up online.

Indeed, during my fieldwork I could not see any major difference in the use of social media among teenagers coming from very different economic backgrounds. However, for parents who normally have a much more limited set of peers, social classes seem to draw daunting barriers in the online environment. In this context, for the families living in difficult economic conditions adults’ online presence never takes-off and is definitely much more restricted than for better-off people in the same age group.

Then, young adults (e.g. early 20-year olds) coming from impoverished backgrounds use social media in a way that aims to level off the social differences within their peers. This offers their younger siblings and families more convincing grounds to cover up these differences when it is their turn to be online. In this context, what does poverty on social media look like? The short answer is that poverty is portrayed in most cases as a more or less distant and ‘third-party’ issue in which the implication of the self is vaguely hinted at: poverty in different parts of the world, poverty in Italy, poverty as driven by politicians or egotistic economic systems. It is interesting to think why most of these postings and comments do not belong to people who are actually under difficult economic conditions.

It is also interesting to think about the striking absence of any reference to, or display of, one’s own poverty in the online environment. In particular, among teenagers and young people to reveal in any way how poor they actually are is perceived, among other things, as seriously affecting their prospects to venture up the social scale and out of poverty.

The post is re-posted from the Global Social Media Impact Study research blog.

I am an anthropologist trained both in telecommunication and anthropology. I work in material and visual culture, media and digital anthropology and I am particularly interested in emotions, ideal systems, consumption, and modernity. I obtained my PhD from UCL in 2013 with a thesis on boredom and social alignment in rural southeast Romania.
I am interested in the Balkanic, southeastern European and Mediterranean spaces.