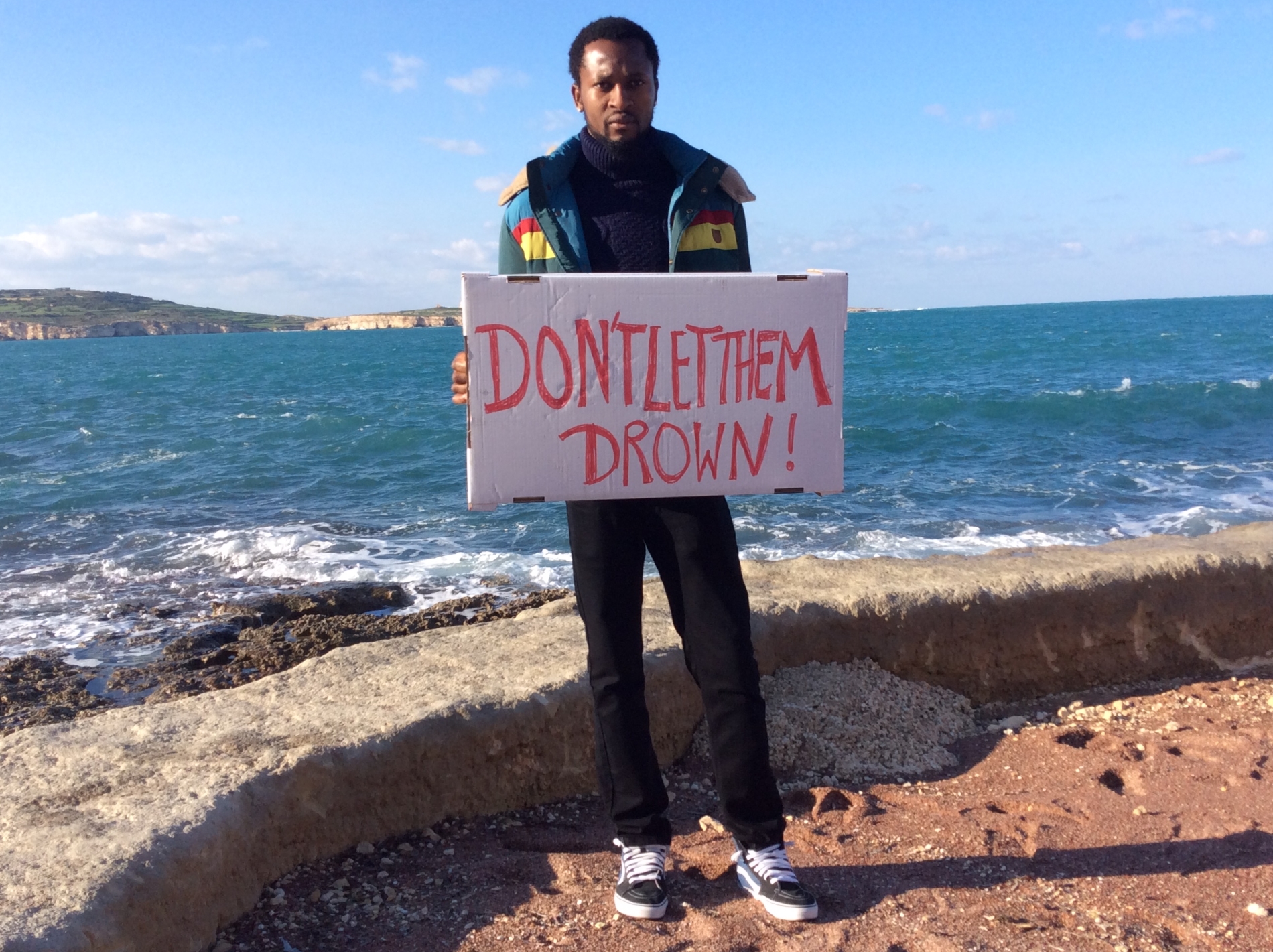 “Many people have died, some people fainted, we ran out of water and we ran out of food. Also we ran out of petrol. We ran out of everything, we were hopeless in the sea, the wind was just taking us from one point to the other.” This story of Sunday, a refugee from Nigeria, is one of the many ones I’ve heard while working in Malta—an island swallowing human lives in the name of immigration controls.

I always enjoyed swimming, and I was even training to become a professional swimmer when I was in a primary school. It did not work out because I developed serious skin allergy to the swimming pool water which at that time was very high in chloride. I guess I did not have enough self-discipline to train every morning anyway, but this was a good excuse. I still would jump into any lake, river or sea and loved the bliss of swimming. However, my perception of the sea as almost benevolent element has changed completely after I have worked with refugees in Malta.

When I was offered a job in Malta, I had already been working with refugees for quite a few years. However, this was a particularly British context, whereby people seeking protection would enter the UK on the plane or a lorry. I was of course aware of the phenomenon of so called ‘boat people’ but it was not something that I knew a lot about. I accepted the job offer eager to learn more about this side of forced migration; also, I was envisaging a summer spent swimming in the Mediterranean Sea. Great combination of work and leisure, I thought.

I arrived in Malta in the winter which was completely not what I imagined the Mediterranean climate to be. It was bitterly cold and humid. While I worked with wonderful people, I was taken aback by overall blatant racism others directed at Africans living in the Maltese Islands, and what seemed to me as a very xenophobic political culture which fuels and legitimises the Maltese people’s prejudices. Yet the Africans I met there who had risked their lives and crossed the Mediterranean in toy-like dinghies were perhaps among the poorest and the most desperate—but also the most resilient and determined.

I am not going to go into statistics because I refuse to discuss migration, either economic or forced, using the discourse of numbers. The discourse of numbers is a problem itself, reducing people to mere figures, and overshadowing real human stories behind the act of fleeing one’s country of origin—voices like Sunday, a friend and refugee from Nigeria:

In my own case, we spent four days in the Mediterranean sea, but many people spend more days than I did. I am one of the lucky ones who survived this journey to give my testimony. During this journey many people lost their lives, many were sick and many fainted. We knew the journey was risky but still we embarked on this journey. But there are things in our countries which make us take this journey. We don’t care what will happen. I am happy today, because I am one of the lucky ones who made it. We spent four days in the Mediterranean sea before we got to Malta. Many people have died, some people fainted , we ran out of water and we ran out of food. Also we ran out of petrol. We ran out of everything, we were hopeless in the sea, the wind was just taking us from one point to the other. We were lucky enough that Malta rescue team came to rescue us. I left my country because of persecution. Many people leave their countries because of this reason. So I’m speaking to beg European governments, UK government, to please, not to stop their rescue missions, not to stop their funding. Please continue the good work that you have been doing before.”

My point is simple; everyone has a right to a better life, and my ethical stance is underpinned by the notion of hospitality. During the 15 months I spent in Malta I met many Africans, both in the professional and informal contexts. I heard harrowing survival stories. I also tried to teach some of my African friends how to swim. They were frightened but I was gently insisting (Can one insist in a gentle way? Well, I tried) telling them about the pleasures of swimming. But, in between giggles and panic attacks of my students, I have failed. For them the sea was something else to what it was to me. It was a life threatening force, a liminal space, a border, and last but not least—a killer, and a cemetery. They were simply unable to overcome the memory of their journey, and the profound fear associated with the crossing.

Because of those people, every time I plunged into the sea—my beloved sea—I was thinking about men and women who died in those waters. I just couldn’t help it. Those people who cursed the waves and the saltiness of water whilst praying on countless sinking boats, thirsty, hungry and scared to death. It has altered my relationship with the sea forever. I still enjoy swimming but I look at the sea with a degree of suspicion now; the sea, this dormant monster swallowing human lives in the name of immigration controls.

*This article was originally published on Migrant Voice. It has been slightly edited with the consent of the author.